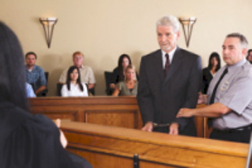 Philip Cohen, 75, is accused of stealing approximately $82,000 from a Woodbridge woman by keeping her money that was supposed to be invested for her.

More SECURITIES News
An investigation, led by detective Timothy Laughery of the Woodbridge Police Department and investigator Lisa Collins from the Middlesex County Prosecutor's Office, found that Cohen took funds from the 61-year-old woman between January 2008 and March 2010, the news source said.

Cohen, who is alleged to have said he was a licensed securities trader, is accused of telling the woman that he had been investing the money in some energy stocks, despite never actually depositing any funds with a brokerage firm, according to the news provider.

After the woman began to question Cohen about her investments, he reportedly disappeared sometime prior to March 23, and he remains at large, according to authorities.

A warrant for Cohen's arrest had been issued after a grand jury in Ocean County, New Jersey, charged him with theft using deception and two counts of writing bad checks in a separate case, according to the Star-Ledger.