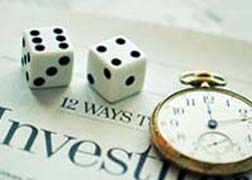 Although it has been two years since Bernard Madoff was arrested for his multi-billion dollar scheme, federal prosecutors continue to investigate former Madoff employees for their role in Madoff's illegal activities. The most recently arrested employees are alleged to have knowingly participated in Madoff's Ponzi scheme, including executing false trades in accounts.

Federal prosecutors allege that the accused, Annette Bongiorno and JoAnn Crupi, made millions of dollars from the Ponzi scheme. They have been charged with conspiracy, securities fraud and falsifying records.

Lawyers for both the accused denied the charges; however, other Madoff employees who faced charges related to the securities fraud have pleaded guilty.

According to The New York Times (11/18/10), eight people have now been charged related to Madoff's Ponzi scheme, which ultimately resulted in Madoff being ordered to serve 150 years in prison for his activities.

Although Madoff's victims were reportedly happy to hear about the new indictments, some wondered if Madoff's family knew what was going on, too. None of Madoff's family members, including his wife and sons, have been criminally charged with involvement in the Ponzi scheme, even though some family members worked with Madoff. His wife, for example, reportedly once worked as his bookkeeper.

ABC News (11/19/10) reports investors who lost millions of dollars are asking how Madoff's wife can still have $2 million when there are victims who lost everything to Madoff. Federal authorities are reportedly investigating some of Madoff's family members for possible tax fraud, but no charges have been filed so far.

More SECURITIES News
Irving Picard, who is acting as trustee for Madoff's victims, however, has filed civil lawsuits against various family members. According to papers filed by Picard, Madoff family members used approximately $200 million of investor cash to fund their lavish lifestyles.

Ponzi schemes are illegal schemes in which money obtained from new investors, rather than money from actual profit, is used to pay out previous investors. New investors are enticed by promises of either very high or consistent short-term returns. The Ponzi scheme collapses when new investors fail to materialize or when a large group of investors tries to cash in at the same time.

Bernard Madoff's Ponzi scheme is reportedly the largest financial investor fraud ever perpetrated by a single person, with approximately $21 billion in losses incurred by Madoff's investors.

Posted by
Sanjose Mike
on December 2, 2010
"DUE DILIGENCE" STILL NECESSARY:

Every investor should know which venue is the "custodian" of their investments. Ironically, it WAS possible for Madoff "investors" to have outed him without expert finiancial knowledge. Even a high school student could have done it. Here's how:

1. Federal law requires that all companies and funds (which hold your investments) send out periodic reports, including prospectuses, etc. at least yearly. You should NEVER sign these off, and you should always receive them, even if you throw them away.
2. You can send a letter to some of your investments and request the number of shares you OWN at a certain date. Obviously that will change with time, you can ascertain if you are actually "invested" there. The companies and funds must respond to your written request. It's the law. (Madoff could easily have been outed if even ONE of his investors had done this!)
3. Request your financial advisor to help you do due diligence. Most will welcome the request. (If a Madoff "investor" had done this, Madoff would have returned their entire investment portfolio within 24 hours...guaranteed).
4. Large banks have a better track record of avoiding fraud. But you should STILL know who is the custodian of your funds...you may be registered with a major bank...but ANOTHER custodian could be involved. Know what is going on!
4. Yearly due diligence will send the right message. (Can you imagine how a Madoff investor would have felt...if they did this ahead of time?)
5. Even calling your broker/advisor stating that you are doing a "due diligence" study will put them on notice. They will respect you for it.
6. "Trust....but verify."

None of this takes a master's degree in finance. I said...even a high school student could do it!


Posted by
Gerald Miller
on December 1, 2010
The entire "too big to jail" oligopoly committed securities fraud and treason. Neither party will prosecute these scam artists, because they are both corrupted by corporate bribes, so a class action needs to be initiated with harsh punitive damages against the entire Ponzi system known as "Wall Street."