Securities Attorney: Victims Have Nothing to Be Embarrassed About

Investors who believe they are the victim of securities fraud should seek an attorney's advice sooner rather than later. That is the word from J. Benton Stewart, attorney at Stewart Law, P.L.L.C. Stewart says the statute of limitations on securities investment fraud could prevent people from recovering lost money. Although people may feel embarrassed to be victims of securities fraud, Stewart says there is nothing to be embarrassed about. 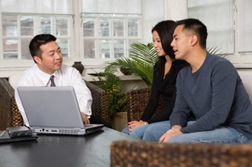 "Securities are protected by federal and state law," Stewart says. "They protect you from losing money due to someone else's negligence or fraud. It's not necessary that your broker did something wrong. Your broker may have relied on someone else's guidance when he made decisions or recommendations. But if you've lost money while following your broker's advice, you may be able to recover some or all of what you lost."


"People think it's their fault, that somehow they're dumb for investing with that broker and losing their savings. But that's why the laws are there—to protect them from negligence and fraud"
Stewart says there are some securities complaints that are more common than others. These include not following the client's directions, buying or selling items without express permission, overconcentration in a particular type of investment, investments not suited to the client's age and need, and selling away, which occurs when a broker invests a client's money in a product that is not normally carried by the brokerage.

Another common complaint is churning, which occurs when a security is needlessly bought or sold to generate a commission for the broker.

Investors have the right of recovery even if it is not the stockbroker's fault that an investment has lost money. This is because everyone in the financial industry has a duty of candor and fair dealing.

Investors who believe they have lost money due to someone's negligence should contact an attorney as soon as they realize their loss. One reason for doing so is the statute of limitations, which sets a limit on the amount of time that can lapse between a wrongdoing and a lawsuit being filed.

Contacting an attorney may also help mitigate your losses.

More SECURITIES News
"If you believe you have a claim and you do nothing about it and then lose more money, you have caused your own injury because you have failed to mitigate your loss," Stewart says. "Seeking an attorney's advice doesn't mean you will sue anyone. An attorney can tell you whether you have a claim, but you don't know unless you ask. If you cause yourself further harm by not taking action, you could be barring yourself from being able to recover your losses."

People sometimes do not try to recover money lost to someone else's negligence because they are embarrassed about the situation. They needn't be, Stewart says.

"It's not their fault," Stewart says. "People think it's their fault, that somehow they're dumb for investing with that broker and losing their savings. But that's why the laws are there—to protect them from negligence and fraud. There's nothing to be embarrassed about."