Schering-Plough: Dragging Heels on Vytorin Study, a Breach of ERISA?

The long-awaited, and long-delayed release of the ENHANCE study on the effects and efficacy of the cholesterol drug Vytorin (Zocor combined with Zetia) may have done more than raise the ire of doctors and the medical community: it also may have ticked off investors of Schering-Plough, one of the two manufacturers involved in Vytorin. The delay may translate into a breach of ERISA-mandated fiduciary duty regarding employees participating in a Schering-Plough pension plan.

More than that, it may wind up hurting them now that the bloom is off the Vytorin rose. It is expected that doctors will begin to scale back prescribing Vytorin to their patients, which is sure to hurt sales of the cholesterol drug. That in turn could have an impact on stock price, and in turn investment performance. 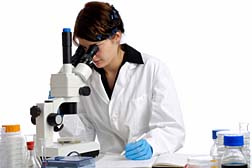 Zetia has long been under the microscope, even before it was approved by the US Food and Drug Administration (FDA), over concern that the cholesterol drug, known generically as ezetimibe and the first cholesterol drug to address cholesterol in the gut, could have an impact on the kidney--especially when combined with statins.

Statins, which represents an $18 billion market in the US alone, is the preferred son in the cholesterol family. It is becoming clear that statins have the capacity to lower the risk of heart disease by going beyond the cholesterol fight—statins have been shown to also lower inflammatory factors that can aggravate plaques, and deliver a reduction in the amount of triglycerides, which is known to be a particularly dangerous form of fat for the heart.

On their own, therefore, statins appear to be quite beneficial. However, the red flags come unfurled when statins are combined with ezetimide.

Zetia is rarely prescribed on its own, as the jury is still out as to its individual effectiveness. Therefore it is mostly administered in combination with a statin, which regulates fat production in the liver.

Vytorin is the combination of the statin Zocor, which is manufactured by Merck and came off patent two years ago, and the non-statin Zetia, made by Schering-Plough.

This is where the ENHANCE study comes into play. In a study involving 750 patients, Vytorin was found to significantly lower the so-called bad LDL cholesterol levels in the bloodstream. Incredibly, Vytorin was seen to have little impact on the amount of plaque build-up in the arteries.

A spokesperson for Schering-Plough told TIME magazine that the ENHANCE trial was not designed "to provide outcomes, meaning the prevention of major adverse cardiovascular events such as heart attack and stroke."

However, doctors are taking a hard line. Noted cardiologist Dr. Steven Nissen of the Cleveland Clinic said in a statement, "the fact that the trial showed a huge LDL reduction, and that things were still going the wrong way [in terms of plaque buildup] is stunning...This study shows that it matters how you lower cholesterol, not just how much you lower cholesterol."

Nissen was also an outspoken critic of the delay in releasing the ENHANCE results, which were available since April of 2006. A spokesperson for Schering-Plough has said that it took nearly two years to wade through the tens of thousands of images of carotid arteries generated by the study involving those 750 patients.

However, critics accuse the company of stalling. After announcing, finally, that the ENHANCE study results would be released in March of this year, various documents and partial results of unpublished studies involving Zetia (one of the ingredients in Vytorin) mined from the bowels of the FDA web site revealed various concerns over Zetia.

The continued delay in releasing the ENHANCE results was becoming a frustration on Capitol Hill, prompting a letter from the House Energy and Commerce Committee asking for the findings, and also asking for an explanation as to why the end point of the study as outlined in the original study design, differed from that submitted to the government clinical trials database in October of last year.

"The bottom line," says Dr. Nissen, in a statement published in TIME "is that we just don't know what Vytorin does, because we don't have the clinical trials.

"We know Vytorin blocks absorption of cholesterol. But what else does it block — something else in the diet that could be beneficial? We just don't understand fully how it works."

It is this delay in the release of the ENHANCE study, coupled with any pending diminution of Vytorin sales, that could have an effect on Schering-Plough 401k retirement savings plans. It is alleged that delaying the release of the study, while allegedly aware of the study contents, may translate into a breach of fiduciary duty on the part of Schering-Plough Employee Savings Plans and 401(k) plans managers and administrators, according to federal Employee Retirement Income Savings Act (ERISA, 1974) guidelines.

If you have 401k plan losses, please contact a lawyer involved in a possible [Schering-Plough Lawsuit] to review your case at no cost or obligation.
Request Legal Help Now