Safyral Expected to Emerge from the Litigation Shadows

As evidenced by the contents of the second-quarter performance summary issued by pharmaceutical giant Bayer, the German manufacturer had settled about 6,760 claims with regard to drospirenone side effects, costing the company about $1.4 billion as of July 8 of this year. Another 5,400 US lawsuits are still pending. 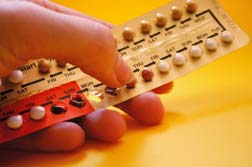 However, of those settlements, it appears as if Safyral has taken a back seat to the more well-known drospirenone contraceptives under the brand names Yasmin, Yaz, Ocella and some Gianvi cases. According to the blog Drug Industry Watch (9/4/13), industry watchers expect that lawsuits alleging Safyral blood clots, together with cases alleging side effects from Beyaz, will be next in line.

There is little doubt that Yasmin and Yaz have been getting most of the press, and is top of mind with consumers who have acquired an awareness of the products and issues surrounding drospirenone side effects, even if they don’t actually use the products.

However, the fact remains that Safyral is in actual fact Yasmin, dressed up in a different wrapper and with an additional benefit. It says so right on the official Safyral website.

Will the addition of a B vitamin lessen the risks for potential Safyral blood clots? The official website for Safyral doesn’t say. The benefit of Safyral over Yasmin, according to the landing page for Safyral, is thus:

“A daily dose of folate supplementation, which is recommended for women in their reproductive years. Folate lowers the risk of having rare neural tube defects in a pregnancy occurring during Beyaz use or shortly after stopping.”

Given then that the formulation of Safyral v. Yasmin (as taken from the FDA website) is identical save for the addition of the B vitamin, it can be assumed that risks for Safyral blood clots are similar to that of Yasmin. Even so, it appears as if Bayer is focusing primarily on Yasmin and Yaz, with Safyral and Beyaz relegated to the proverbial back seat for the time being. That could soon change.

For its part, the FDA tends to prefer a position of leaving a product on the market, in spite of at times grievous side effects, provided the benefits outweigh the risks for the intended constituency of patients. The FDA also points out that some studies (but not all) have been inconclusive.

More SAFYRAL News
However, in announcing an update to product labeling for drospirenone-based contraceptives last year, the drug regulator acknowledged that based on a review of observational (epidemiological) studies on the relationship and potential association of blood clots and drospirenone-based birth control pills, “FDA has concluded that drospirenone-containing birth control pills may be associated with a higher risk for blood clots than other progestin-containing pills.”

In other words, Safyral. And Safyral side effects. “Safyral and Yasmin increase the risk of serious conditions, including blood clots, stroke and heart attack,” states the warning on the official Safyral website. “These can be life-threatening or lead to permanent disability. The risk of blood clots is highest during the first year of use.” One victim of Yasmin (Safyral without Folate) suffered a seizure induced by a large blood clot in her brain, just one month after starting on her drospirenone-based birth control pills. The young woman spent eight days in a coma, and in spite of heroic surgical intervention, she did not survive.

If you or a loved one have suffered losses in this case, please click the link below and your complaint will be sent to a drugs & medical lawyer who may evaluate your Safyral claim at no cost or obligation.
Request Legal Help Now