Risperdal Lawsuit Hit 18,000 and Climbing, Status Update Due in July

The Risperdal lawsuit count now stands at a number above 18,000. To that end a staggering number of cases name pharmaceutical giants Johnson & Johnson (J&J) and subsidiary Janssen Pharmaceuticals as defendants. Most allege Risperdal gynecomastia, a Risperdal side effect characterized as the growth of male breast tissue. However one Risperdal lawsuit was recently filed in Missouri alleging that Risperdal had been prescribed to children as young as two years of age. 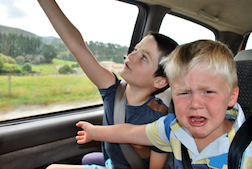 Risperdal does not carry approval from the US Food and Drug Administration (FDA) for children under the age of five years.

The Missouri Risperdal lawsuit has been filed on behalf of children in foster care that may have been prescribed Risperdal and other antipsychotic drugs inappropriately. Case details were not immediately available. However, according to the Columbia Daily Tribune (06/13/17)) the defendant is the Missouri Department of Social Services.

However, FDA-approved indications for Risperdal use in children are restrictive. What’s more, it took the FDA some years to allow for pediatric use of Risperdal. Risperidone (Risperdal) was first approved by the FDA in the 1990s. However, indications for use in children and adolescents were not granted until 2006. Risperdal is currently indicated to treat adult and adolescent schizophrenia, bipolar disorder in adults and children ages 10 through 17 years, and irritability in children 5 through 16 years of age with autistic disorder.

Risperdal is not to be used in children under five years old. Concerns range from impediments to brain development, to Risperdal diabetes amongst other Risperdal side effects.

The effect on a man or adolescent’s self-esteem and emotional health is incalculable.

More RISPERDAL News
The latest numbers suggested that growth of Risperdal gynecomastia lawsuits is not showing any signs of slowing. According to data released by J&J in May, there are 16,900 Risperdal lawsuits filed nationwide in federal and state courts. An additional 5,800 cases have been filed in Pennsylvania as part of a mass tort. The Philadelphia Court of Common Pleas is scheduled to convene a meeting July 11 for a status update and discussion.

So far, there have been no signs of settlement in the wind. Although the defendants have offered – and achieved – settlements in some of the cases just before the start of trial, J&J and Janssen have said that settlement prior to trial is not an over-reaching strategy and that every case will be handled on its individual merits. As for cases that have gone to trial in Pennsylvania, four of eight cases have either gone to the defendant, or been dismissed outright. The remaining four trials resulted in jury verdicts for the plaintiffs, with awards ranging from $500,000 to $70 million.

Posted by
Brandy Barricks
on July 3, 2017
My son was on rispedal since the age of two and was prescribed it for 6 or 8 years. He now headaces and his breast are not namrol. Ease contact us.
Thank you