Litigation over the antipsychotic drug Risperdal was the second largest mass tort (just behind Reglan) in 2016 and believed to be mainly responsible for the pharmaceutical inventory in Philadelphia’s Complex Litigation Center to be “at its highest level in recent years.” 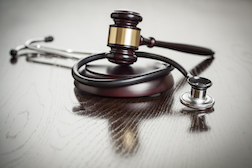 The Legal Intelligencer (Jan 27, 2017) reports that Risperdal accounts for over 31 percent of the collective mass tort docket, up from 26 percent in 2015. The antipsychotic drug had an increase of 550 cases over 2016, or almost 40 percent higher. At least nine more trials are slated for trial in Philadelphia, and there are now more than 2,000 centralized in mass tort proceedings. As well, California litigation involving 300 claims are scheduled for trial this year. One attorney representing plaintiffs says that thousands more Risperdal claims are “waiting in the wings.”

Lead attorney Thomas Kline and attorneys from Arnold & Itkin and Sheller P.C., have filed in the past two months 545 more cases into the program. (Kline won the first jury verdict in 2015 for Austin Pledger, an autistic boy who developed 46DD breasts after taking Risperdal. A Philadelphia jury decided that Johnson & Johnson failed to disclose the risk of gynecomastia on the drug’s label— despite being well aware of Risperdal’s side effect for many years. Pledger was awarded $2.5 million.)

More RISPERDAL News
Kline told Max Mitchell at the Legal Intelligencer that Risperdal’s recent increase in claims is mainly because defendant Janssen decided to end a tolling agreement (meaning an expiration of the statute of limitations is waived) after a Philadelphia jury awarded a Tennessee man--who started taking Risperdal at the age of seven--and his family $70 million over his Risperdal-related injuries. At trial, Kline and his team had evidence showing how J&J manipulated clinical trial data to downplay the risks of gynecomastia associated with Risperdal. Further, they presented a taped deposition from former FDA Commissioner David Kessler, who testified that J&J obscured clinical evidence given to the FDA to downplay the risk of gynecomastia. (J&J is appealing the case,  N.F. et al. v. Janssen Pharmaceuticals Inc. et al., case number 13500998 in the Court of Common Pleas of Philadelphia County, Pennsylvania.)

Although not all verdicts have found in favor of Risperdal plaintiffs, J&J has been hit hard with these lawsuits and settlements. On the other hand, Risperdal is a blockbuster drug that brings in billions of dollars in sales each year so $2.5 million and even $70 million verdicts are just the cost of doing business. But J&J might experience a drop in sales as consumers become increasingly aware of the drug giant’s gross negligence—thanks to increased litigation.

Posted by
gil sampson
on February 8, 2017
Thanks for another update on the Risperdal litigation. It drives me crazy every time I read about the deception and reckless profit seeking by this huge corporation. My big worry now is that if I settle and get a small payout, am I going to forever "let the big fish off the hook", no matter what happens in the future?