With the $70 million Risperdal settlement from back in the summer continuing to reverberate, the sixth bellwether Risperdal lawsuit as part of the Pennsylvania Mass Tort is underway. The plaintiff, a Nebraska man, is claiming in his Risperdal gynecomastia lawsuit that Risperdal is responsible for the growth of male breast tissue. 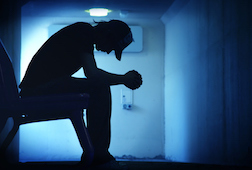 Risperdal (risperidone) was originally approved by the US Food and Drug Administration (FDA) in 1993 for the treatment of schizophrenia in adults. Risperidone was later approved for treatment of bipolar disorder, and in 2006 was given the nod for treatment of autism-related irritability in children as young as five years of age.

The plaintiff in the aforementioned bellwether trial was 7 years old when he was prescribed Risperdal in 2004. In his lawsuit, the plaintiff asserts that like other plaintiffs, he was affected by Risperdal and growing male breasts as an adolescent. The plaintiff also claims he never would have taken, or continued on with Risperdal had the product label not been misleading, or so it is alleged. According to the Risperdal lawsuit, the product label characterized Risperdal gynecomastia as a rare side effect that occurred in less than one, in a thousand cases.

So far, Risperdal bellwether trial outcomes have been heavily weighted in the plaintiff’s favor, with the possible exception of one bellwether plaintiff who was not awarded damages given the jurists’ inability to conclusively determine that Risperdal gynecomastia was, indeed responsible for growing male breasts. That said, the jury nonetheless concluded that safety warnings on the Risperdal label were inadequate.

What would have been, originally the sixth bellwether trial was settled in November, prior to the Risperdal trial getting underway. Opening arguments for the current bellwether trial were delivered December 2.

More RISPERDAL News
Risperdal Gynecomastia has translated to painful emotional issues for male adolescents and young men having grown male breast tissue at an age when body image is of high importance to males. It is also not lost on Risperdal lawsuit plaintiffs that Janssen Pharmaceuticals and Johnson & Johnson – Janssen’s parent company – agreed to a $2.2 billion settlement in 2013 following an investigation by the US Department of Justice over allegations that Janssen & J&J encouraged physicians to prescribe Risperdal to children prior to FDA approval for that age and indication.

While physicians have the legal, moral and medical authority to prescribe medications for indications outside the recommendations of the FDA, manufacturers are not allowed to promote pharmaceuticals to doctors for indications not otherwise sanctioned by the FDA.

Some 2,000 Risperdal lawsuits are housed in the mass tort at Philadelphia.

If you or a loved one have suffered losses in this case, please click the link below and your complaint will be sent to a defective products lawyer who may evaluate your Risperdal claim at no cost or obligation.
Request Legal Help Now

Posted by
Jem
on December 18, 2016
IMPORTANT for those currently taking this medication
All medicines, each, every and all pills, potions, capsules and ointments strong enough to do something ARE strong enough to do something. Patients and or family must notify the Prescribing person of any results or reactions of concern and doctors must learn to listen to patients and to work for the correct dosage constantly and with regard to age, gender and medical condition and inclination. Dialogs or information exchanges are needed now and onward always. And decisions have to be made and updated and I have proposals on this and on Moore principles for patients, parents and those"ParentingUp"JM (adults caring for elders with respect AND Accomplishing the task of the moment. Patients must work with doctors to achieve the goal of good care! AND patients have responsibility/s. And I have proposals for ER thur admissions current process which will save lives. This specific medication was taken by my father and monotoring for lacks of medication must be constant!!!!! A wonderful drug and genuine health altering. It must not be tossed out. And court awards mnust be relevant to the amount of damage or suffering vs the amount of good to that individual and for general population. 1. And why did not those complaing individuals stop taking the med?? 2. To whom is all that money going?? My thought is that lawyers are the ones making money from this; DONT make the huge mistake OF permitting greedy lawyers to prevent this med from helping to give people back to their family and maintaining true ongoing interactions. Good drug.