It’s not that difficult to understand why Johnson & Johnson, the makers of anti-psychotic drug Risperdal (risperidone), would take lawsuits and criticism in stride given the revenues generated by the blockbuster drug: reported by Bloomberg to be $24.2 billion in worldwide sales from 2003 through 2010. In that sense, any corresponding Risperdal lawsuits over Risperdal side effects such as the growth of male breasts, or risk-taking activity beyond the perimeters of regulatory boundaries, could be seen as simply a cost of doing business. 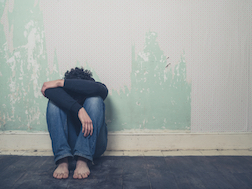 Still, J&J had been brought to answer allegations of illegally marketing Risperdal by the US Department of Justice.

A Risperdal lawsuit launched in 2012 by the Attorney General for the State of Kentucky accused J&J of concealing Risperdal side effects such as Risperdal diabetes, Risperdal stroke, and Risperdal gynecomastia.

The latter - gynecomastia, the association between Risperdal and growing male breasts - has proven to be a scourge amongst young males who, in spite of an active lifestyle, have been found to grow abnormally large amounts of male breast tissue to such a degree where it has to be surgically removed.

Many a Risperdal lawsuit alleges that the manufacturer knew about the risk, yet was not forthcoming with information for consumers or the health care industry. Plaintiffs and their Risperdal attorneys have noted that the association between Risperdal and male breast growth is higher - and indeed, is highest - than that which is seen in association with other antipsychotic drugs.

And yet, the complaint filed by the State of Kentucky asserted that “despite knowledge to the contrary, J&J represented to doctors that Risperdal had a safety profile unmatched by any other antipsychotic drug.”

More RISPERDAL News
A risk for Risperdal diabetes was identified early on in clinical trials. And yet, the Kentucky Risperdal lawsuit asserted that the defendant instructed its sales force to claim that Risperdal possessed a zero percent rate of diabetes in clinical studies, a claim directly opposed to the clinical trial results, or so it is alleged.

J&J is said to have referenced male breast development as normal for boys as they journey through puberty. The mother of another Risperdal litigant said that the Auckland office of Johnson & Johnson told her that Risperdal does not promote male breast growth. “It doesn’t do that,” the Australian mother of an adolescent was told.

Critics - and plaintiffs with the help of their Risperdal attorney - beg to disagree.