Risperdal remains an effective drug for the treatment of various degrees of psychosis and schizophrenia, bipolar disorder as well as Attention Deficit Hyperactivity Disorder (ADHD). However, akin to every pharmaceutical on the market, there are Risperdal side effects, some of which can be particularly harmful to children and the elderly. 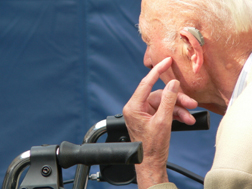 Late last year a Risperdal lawsuit brought by the Attorney General for the State of Kentucky settled for $15.5 million. The lawsuit accused Risperdal manufacturer Janssen Pharmaceuticals, a unit of pharmaceutical giant Johnson & Johnson, of not disclosing risks associated with the drug to consumers, and marketing Risperdal for uses other than those originally intended or approved by the US Food and Drug Administration (FDA). This has resulted in allegedly unnecessary and excessive costs to Medicare and Medicaid in the state.

Amongst the allegations brought by the state of Kentucky was that Janssen marketed Risperdal as an appropriate treatment for dementia in non-schizophrenic elderly patients. It was alleged that a study undertaken by Janssen had suggested death rates amongst the elderly in association with Risperdal use doubled the risk of death. And yet, not only did Janssen market and promote Risperdal for use amongst the elderly for a use not approved by the FDA, according to a release, Janssen created an elder care sales force to further target the elderly market, or so it was alleged by the state of Kentucky.

Manufacturers are not allowed to actively market and promote a pharmaceutical for purposes beyond the scope of indications formally approved by the FDA. While doctors and other qualified health care professionals can prescribe a medication off label, it is illegal for a manufacturer or sponsor of the drug to do so.

The Kentucky lawsuit asserted that even though Risperdal was approved for use in children with ADHD in 2007, Janssen actively marketed Risperdal to children and the youth market before it was formally approved for that constituency of patients. The Risperdal side effects that have proven to be a major event for some males is Risperdal gynecomastia, which is the development of male breasts stemming from a hormonal imbalance triggered by Risperdal (risperidone).

Gynecomastia has been a source of embarrassment and emotional trauma for many young men, especially since male breast tissue may not disappear once Risperdal is stopped and often requires a surgical breast reduction. In some males, one breast might enlarge more than the other or in isolation - and in rare cases some boys have begun to see discharge from their nipples.

It was alleged in the Kentucky lawsuit that Janssen knew of the potential for Risperdal gynecomastia, but resisted any attempt to update the warning label over fear of losing up to $150 million per year in sales, or so it was alleged.

More RISPERDAL News
Finally, it was also alleged by the state of Kentucky that Janssen marketed Risperdal as an anti-psychotic that delivered benefits in spite of low weight gain and low risk for Risperdal diabetes. In truth, according to the lawsuit, Janssen’s own internal studies indicated that Risperdal patients presented with equal weight gain and a greater risk of diabetes with Risperdal after one year of use, when compared against a competitor.

“Janssen and Johnson & Johnson put patients at risk when they marketed Risperdal without disclosing the drug’s known side effects,” Kentucky Attorney General Jack Conway said in a state news release. “These side effects were even more harmful to children and elderly patients.”

Janssen was not required to admit to any wrongdoing.

“Going forward, we have tough terms in the settlement that will govern the way Risperdal can be marketed in the future here in Kentucky,” Attorney General Conway continued. “It is my hope that the General Assembly will allocate the money to expand addiction treatment in Kentucky.”

Posted by
Will hamp
on August 17, 2016
I'm a victim and I want to see the men responsible for poisoning me and so many others put in prison as well as pay to help us get our life's close to normal again. I can't get the confidence and trust to get on meds again to help with my condition and every day is HELL on me and constantly have thoughts of ending my pain daily I pray all the victims find some peace in thier life's and ask for the company's men responsible get prison time aswell. HELP ME