Jeri is worried about her son. She says he was forced to take Risperdal to control his psychotic behavior. “When you are in the state hospital you have no choice, you are forced to take the meds they dish out,” says Jeri.
“But my son came home worse than when he went in and I blame the amount of Risperdal he took.” 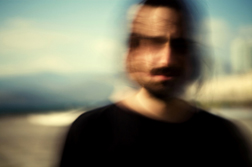 Jeri’s son is 37 years old. She says he was forced to take Risperdal for the past five years, during his time in the hospital. “My son was diagnosed with depression in 2001 and he was put on Paxil,” says Jeri. “He didn’t like the drug’s side effects so he stopped cold turkey and had major withdrawal symptoms, like schizophrenia. He began to hear voices and I am sure the medication is to blame.” And Paxil led to Risperdal...

“My son, a grown man, came home from the hospital with the mind of a five-year-old boy. He played with care bear toys and called me Mommy,” Jeri explains. “He had gained about 40 lbs. and he had developed man-boobs. At first I thought these breasts were part of his weight gain.

“He gained so much weight because Risperdal makes him crave junk food,” says Jeri. “When his dosage was decreased, he stopped going to McDonalds every day.”

“He was taking 8mg of Risperdal a day and then went down to just 2mg,” adds Jeri. “He thinks the drugs are killing him, and just today he said that he has been dead for the last 10 years. He asked me to get him off the meds.”

When Jeri discovered that Risperdal side effects include male breast development or gynecomastia, she realized how dangerous this drug is. Her son also has tongue rolling disorder and wants to stop taking the drug, but Jeri is afraid of another withdrawal episode.

Jeri’s son is on a cocktail of drugs so she only blames Risperdal for breast development and not his mental state. “He started developing breasts almost immediately after he started the 8mg of Risperdal,” she says. “Now his breasts would fit into a bra and has really bad stretch marks by his armpits and stomach.”

Jeri observes everything: she monitors his weight, watches his mental problems. And now she has filed a claim against the Risperdal manufacturer.

Posted by
Terrell Parrish
on September 2, 2015
My story is similar to Jeri's son. I too was hospitalized and forced to take these harmful drugs, even though I told them I was allergic to the medication. I have been force to take invega for a year and have develop male breast, weight, more psychological problems, any many more abnormal effects. I need help to resolve this big issue, because every time I bring it up to my doctor, he ignore me and does not resolve the problem. I would like to get my life back on track.