Ethan B. had been taking isosorbide mononitrate, made by ETHEX Corporation for at least a year before he began noticing side effects from the drug. Like many other patients who took ETHEX medications, Ethan may have received too much of his medication's active ingredient. Luckily, Ethan stopped taking the isosorbide mononitrate before any permanent damage was done—but the consequences could have been much worse. 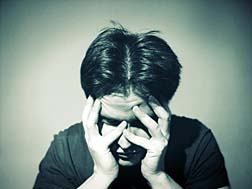 Ethan began taking Isosorbide mononitrate in 2006, after his first heart attack. He says his low blood pressure trouble began in January 2008, although he had noticed some issues prior to that time. However, it was the low blood pressure that resulted in his hospitalization.

"I made the decision to stop taking the isosorbide [mononitrate]. I talked to my doctor in July of this year, and he put me back on the medication, but since then I haven't had problems with my blood pressure. I've also had no further problems with headaches or abdominal pain."

Ethan says the pain was constant and it affected his entire body. "It felt like a toothache," Ethan says. "But it started in my abdomen and went throughout my body. I ached all the time. It was a serious aching—a throbbing. I would say it was an 8 [on a pain scale of 10]. It all went away when I stopped taking the drug.

More ETHEX CORPORATION News
"I would tell people that if they are taking blood pressure medicine for high blood pressure and it goes down too low, they will start feeling the effects. They will get headaches and other problems. An hour after taking their medicine, they will feel drained. Always watch out when you take medications."

Isosorbide mononitrate was one of the generic drugs recalled by ETHEX Corporation for having more than the intended amount of their active drug ingredient. An overdose of the isosorbide mononitrate can result in serious problems including low blood pressure and fainting.

Patients are now investigating possible lawsuits against ETHEX Corporation for failing to ensure that the medications were safe. Some people are concerned that their loved ones may have died after taking drugs that contained too much active ingredient. Those who took the drug are worried that they may have suffered irreparable harm.