Long term denied disability lawsuits against employer-based plans are notoriously hard to win. But the rules may be about to change. Marcin v. Reliance Standard Life Insurance Company and Mitre Corporation Long Term Disability Insurance Program a 2017 decision by the United States Court of Appeals for the District of Columbia, may be the beginning of the end for a judicial precedent that has left LTD claimants without much hope of relief from the courts. 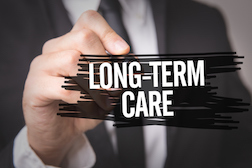 Jill Marcin suffers from kidney cancer, portal vein thrombosis, anemia and a variety of other serious medical conditions. In 2008, she filed a claim for long term disability insurance benefits under her policy with Reliance Standard. Reliance Standard denied her claim and her subsequent administrative appeal.

She filed one unsuccessful lawsuit in 2010 and a second one in 2013. She litigated her claim for seven years, nine years from the time she filed for LTD, before finally being awarded monthly benefits this past June. This speaks volumes about the challenges long term denied disability lawsuit plaintiffs face. But why does this happen so often?

This is not just about insurance companies’ persistence in bad faith claim denials or the hefty ligation budgets that make a strategy of delay possible. This is about a judicial rule that bars courts from reviewing even highly questionable decisions that deny employees plan benefits.

More RELIANCE STANDARD DENIED DISABILITY News
The Employee Retirement Income Security Act of 1974 (ERISA) is often described as an insurance company-friendly law. As originally drafted, the statute was actually fairly neutral. However, the Supreme Court’s 1989 decision in Firestone Tire & Rubber Co. v. Bruch changed that to tip the scales of justice heavily in favor of employers and the insurance companies that administer their plans. The rule after Firestone is that if a plan allows an administrator to exercise discretion (as all do), courts should not second-guess a decision unless the administrator clearly abused that power. If employers can produce the smallest shred of evidence to justify a denial, that is enough. And that is enough to blow most bad faith insurance lawsuit plaintiffs out of the water.

In Marcin, the DC Circuit found a way to apply a different standard, a standard of de novo review that permits a court to review even the smallest errors of administrative judgment. That is how it found that Jill Marcin had, despite some ambiguous evidence, demonstrated that she was totally disabled.

This new rule could revolutionize ERISA litigation. The issue is also so important to the insurance industry that it is virtually certain to be the subject of a legal challenge. As of now, however, long term denied disability lawsuit plaintiffs may have a better chance for success in court than they have had in nearly 30 years.

If you or a loved one have suffered losses in this case, please click the link below and your complaint will be sent to an insurance lawyer who may evaluate your Reliance Standard Denied Disability claim at no cost or obligation.
Request Legal Help Now

Posted by
Kay hagen
on November 15, 2017
I was denied in 2008 and by appeal in 2009. They said I was disabled but could work at home due to my education and experience . The Ssdi judge awarded my case in 5 mins in chambers saying it was a shame and he was so sorry since as an OT with so much experience .since standard denied my Ltd I could not get medical treatment and almost died on table bc I had a gallon of csf fluid in my back . Couldn’t sit up 5 mins . Also stenosis . Had a stroke during surgery . Standard agreed I was disabled but bc of my education and experience said I could work from home . My drs wrote letters explaining the extent of my disability and they actually accused him of giving me unnecessary pain meds . It took them 4 hours just to chip the bone from the inside of one vertebrae and the vertebrae looked like shark teeth which had chewed into the spinal cord covering and caused the csf leak . The pressure was so bad my cervix ( female) was literally hangin our . I was in. Hero intensive care for 4 days and hospital for 2 weeks. I was working one full time job and 3 pen jobs when I went out for neck surgery which we knew both low back and neck needed to be done . Is there any recourse this late in the game considering they have been found to deny appropriate claims ? Thank you . I have tons of records and mri and nuero sand orthos etc that habe and would write letters . Plus my resume looks like a work aholoc . I was also taking grad classes .
Posted by
Yolanda Brown
on September 11, 2017
To whom it may concern. I was wondering how far back can you file a law suit if you think it's bad faith insurance. Mines go back as far as 2004-2005?