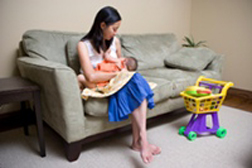 On February 26, 2009, the US Food and Drug Administration (FDA) announced a black box warning for the label of Reglan (known generically as metoclopromide). That black box warning was to alert patients about the risk of a potentially permanent condition known as tardive dyskinesia.

Reglan is used to treat gastroesophageal reflux disease (GERD), heartburn and acid reflux. Part of the problem is that the longer a person takes Reglan, the higher the risk of developing tardive dyskinesia. The FDA recommends patients be on the medication for no longer than 12 weeks. Some patients, however, took Reglan as a preventative measure for a year or longer, putting them at risk of developing tardive dyskinesia.

Furthermore, Reglan has reportedly been used off-label to treat pregnancy-related nausea and morning sickness and to stimulate lactation. Reglan is also sometimes used to treat migraines. Reglan is also used in infants as a motility agent to prevent painful acid reflux.

More REGLAN News
Tardive dyskinesia is a condition in which the patient loses muscle control and is marked by involuntary and repetitive movement. In the face, tardive dyskinesia often appears as grimacing, lip smacking, lip puckering, tongue protrusion and rapid blinking. The arms, legs and torso can also be affected by repetitive, involuntary movement.

Patients who took Reglan for longer than three months and were diagnosed with Parkinson's disease, Parkinson's-like symptoms or restless leg syndrome may have been misdiagnosed. That is because the symptoms of those conditions are similar to tardive dyskinesia. It is possible, however, that they have tardive dyskinesia and should speak to a doctor about that possibility.

Currently, there is no cure for tardive dyskinesia.