Those people who have been watching news about Reglan side effects may realize that the two-year anniversary of the black box warning linking Reglan and tardive dyskinesia is almost up. In some situations, that may also mean that the statute of limitations concerning filing a Reglan lawsuit may also be up. Although cases alleging Reglan tardive dyskinesia may be taken on a case-by-case basis, patients considering filing a Reglan lawsuit should contact an attorney as soon as possible. 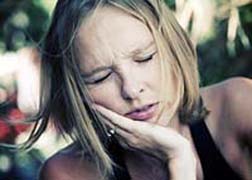 The US Food and Drug Administration (FDA) issued a black box warning for Reglan on February 26, 2009. In most cases, the statute of limitations starts running from when a patient knew or should have known that they might have been harmed by a drug. For many medications, the statute of limitations is assumed to start running once a black box warning is announced on a medication because at that point, patients are assumed to know about the potential harm.

That does not mean that everyone will be barred from bringing a Reglan lawsuit, but it does mean that it could be more difficult. Many cases are decided based on their specific circumstances. That said, one of the worst things for patients is to hear that their time has run out to file a lawsuit, so they will not receive any compensation for damages allegedly caused by a medication.

More REGLAN News
Patients who took Reglan for longer than three months—the FDA's recommended time limit—and who suffered symptoms of tardive dyskinesia should consider contacting an attorney sooner rather than later. An attorney can determine if there is still time under the statute of limitations to file a lawsuit and can also advise you of your legal rights.

Reglan (known generically as metoclopramide) was approved by the FDA for the short-term treatment of gastroesophageal reflux disease (GERD). Some patients, however, were put on the medication for much longer than that. The longer a patient was on Reglan, the higher the risk of developing tardive dyskinesia, a condition marked by repetitive, involuntary movement such as lip smacking, grimacing, tongue protruding and rapid blinking.

Posted by
Clara Bueno
on January 9, 2017
To whom it may concern,
I am responding to the Reglan lawsuit on behalf of my mother. After visiting her last year, I notice her leg making a strange movement along with her arm. I made an appointment with her doctor to see what was going on. Once her doctor reviewed the movements he informed us that she was having an side effect fron the Regina and requested her to stop the medication ASAP. Does my mother have any rights to the class action suit? If so, please send me an email with instruction. Thank you for your time and consideration.
Posted by
Tee Brown
on May 10, 2015
I am asking is it too late to join. My mom was diagnosed after taking Reglan for years and was taken off.
Posted by
Jamie Ray Brewer
on June 10, 2013
To Whom It May Concern, I am emailing for my father per his request. He has been taking Reglan for some time now and has learned that the involuntary facial movements, tongue znd inner cheek biting and neck muscle spasms could be side effects of the drug. If there is a possibility that my father could have a right to a class action suit could you please contact me? Thank you for your time.