The probability and potential for Reglan side effects to incapacitate an individual has gone all the way to the US Supreme Court, which indicated on December 10 that it would determine the suitability for lawsuits against drug companies under state law over allegations that manufacturers failed to adequately identify potential side effects on product labeling. 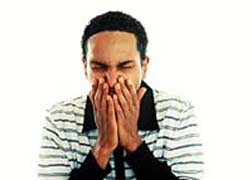 While most drugs are accompanied by side effects and adverse reactions to varying degrees, most side effects are subtle, or obvious only to the patient. However, in the case of Reglan (metoclopramide), which is used to treat Gastroesophageal Reflux Disease (GERD), heartburn and acid reflux disease, the potential for tardive dyskinesia can contribute much hardship to a Reglan patient's life. Tardive dyskinesia is a condition characterized by involuntary movements of eyes, the mouth and jaw, the tongue, facial muscles and even limbs triggered by an adverse reaction to medication.

For anyone who operates heavy or intricate machinery, works in the retail sector or toils in any industry that involves meeting the public, such an affliction can be a career-killer and can lead to financial hardship.

The legal issue has surfaced in tandem with the inclusion of generic versions of Reglan, and what liability generic manufacturers have relative to labeling. Reuters reported December 10 that the nation's highest court will consider whether federal law preempts lawsuits brought under state law alleging inadequate labeling, given that the original drug was approved by a federal regulator, the US Food and Drug Administration.

The Supreme Court ruled in 2009, in another case, that FDA drug regulations do not protect pharmaceutical companies from being sued under state law over drug labeling.

More REGLAN News
Plaintiff Julie Demahy sued Actavis under Louisiana law, claiming she developed a neurological disorder after the company failed to alert her to literature about the risks of using metoclopramide and failed to change the drug's label.

Reuters reports that Supreme Court Justices will hear arguments in March or April of next year from generic manufacturers Teva Pharmaceutical Industries Ltd, Mylan Inc's UDL Laboratories and Actavis Inc. The foregoing all produce generic versions of Reglan. A decision is expected in June.