Reglan Users Should Beware of Misdiagnosis 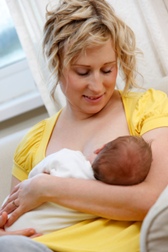 Tardive dyskinesia involves involuntary, repetitive muscle movements. Those movements can occur on the face in the form of lip smacking, grimacing, and lip pursing and blinking. The movements can also occur in the arms, legs, torso and fingers, making day-to-day activities incredibly difficult.

Some patients may have been diagnosed with Parkinson's disease, Parkinson's-like symptoms or restless leg syndrome and, because of that, may not have associated their condition with the use of Reglan. If they took Reglan for longer than three months, however, there's a chance that their involuntary muscle movements are linked to their use of the medication.

Patients who took Reglan for longer than three months and experienced involuntary muscle movements, even if they were not diagnosed with tardive dyskinesia, should speak to a doctor about the possibility that they have tardive dyskinesia. They should not assume that the involuntary movement is just a phase that will pass. Instead, they should seek medical attention as quickly as possible.

More REGLAN News
Unfortunately, there is no cure for tardive dyskinesia, and in some patients who develop the condition, the symptoms do not resolve. The longer a patient takes Reglan, the higher the risk of developing debilitating side effects.

Reglan is prescribed to treat gastroesophageal reflux disease (GERD). It is approved for use in adults but is sometimes used in infants and children. It is also sometimes prescribed to pregnant women to treat morning sickness and to increase the supply of milk in women who are breastfeeding. Despite Reglan being used in infants and pregnant women, not much is known about the risk of possible side effects experienced by infants exposed to the medication.

The US Food and Drug Administration (FDA) recommends Reglan not be used for longer than 12 weeks. Some patients have used Reglan for months, and even years, at a time. Anyone who is currently taking Reglan on a long-term basis should speak to a doctor about alternatives.