A recent lawsuit filed regarding heartburn medication cites a case that focused on Reglan side effects. 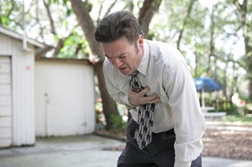 The new case, Weiss v. AstraZeneca Pharmaceuticals, was filed by plaintiff James Weiss, who claims that the drug maker used deceptive advertising in the promotion of Nexium, a drug used to treat gastroesophageal reflux disease.

More REGLAN News
Weiss cites a case called Conte v. Wyeth, Inc. as "support for the argument that his evidentiary showing was sufficient to raise a triable issue as to causation."

The Conte case involved a plaintiff who claimed that Wyeth, the makers of Reglan, failed to warn about certain Reglan side effects. The drug maker argued that the plaintiff's doctor did not rely on the product's labeling when prescribing the diabetes drug. However, the plaintiff introduced evidence that the physician said he "probably" read information about Reglan in a desk reference, believed it to be accurate and used it as a basis for prescribing the medication. The court found that the product information the drug company provided about Reglan was a "substantial factor" in the physician's prescription of the medication.

Reglan has been connected to the development of tardive dyskinesia, a condition characterized by involuntary muscle movements.