The number of Reglan lawsuits are reported to number in the hundreds, as patients who took both Reglan and generic metoclopramide are suing the manufacturers after developing tardive dyskinesia and other side effects. 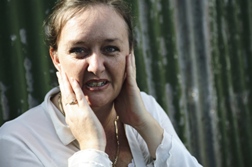 A trial involving a Reglan plaintiff took place in US District Court, Northern District of Georgia, Atlanta Division during the week of July 26, alleging that the manufacturers and marketers of Reglan (metoclopramide) failed in their responsibility to properly warn doctors of long-term dangers associated with taking Reglan.

The plaintiff, Susan Swicegood, developed the neurological disorder after she was prescribed Reglan by her doctor for a stomach disorder. After taking 10 mg Reglan four times daily, Swicegood developed the involuntary and repetitive movements characteristic of tardive dyskinesia and for which there is no known cure.

More REGLAN News
It has been reported that two more actions recently announced: court documents reveal that Ellen Austin and Leslie Keeper have filed Louisiana-based lawsuits against Actavis and Watson Pharmaceuticals claiming that the manufacturers of the acid reflux drug failed to properly warn consumers about side effects and spread inaccurate, incomplete, false and misleading information about the drug's side effects.

The plaintiffs are seeking damages for medical expenses, pain and suffering, mental anguish, physical disfigurement, as well as court costs.

Reglan was originally approved in 2001 for the temporary relief of various stomach-related ailments such as those commonly referred to as heartburn and nausea. The US Food and Drug Administration (FDA) noted that the risk for tardive dyskinesia rises if Reglan is used beyond 12 weeks, and mandated a black box warning to that effect. However, people with chronic heartburn have been known to take Reglan for longer than three months, further increasing the risk of tardive dyskinesia and a subsequent Reglan lawsuit.