Obesity Epidemic Could Increase Emergence of Reglan Side Effects

While it is recommended that Reglan not be used for children unless there is a clear indication to do so, problems such as obesity and gastroesophageal reflux disease (GERD) in children and adolescents can extend into adulthood, where Reglan is more likely to be a factor in treatment. Unfortunately, ongoing use of Reglan at any age can lead to Reglan tardive dyskinesia (TD), the involuntary movement of muscles and uncontrolled spasms of muscles in the face, jaw or tongue. 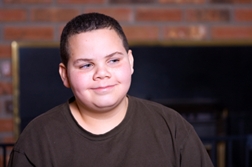 Extremely obese children carry a 40 percent greater risk of developing GERD, a chronic illness of the esophagus, while 30 percent of moderately obese children carry risk for GERD when compared to those of normal weight. While this association has been previously reported in adults, the study—published online in the International Journal of Pediatric Obesity—confirms a similar association in children.

Researchers used electronic health records to conduct a cross-sectional study of 690,321 children aged 2 - 19 years who were members of the Kaiser Permanente Southern California integrated health plan in 2007 and 2008.

Cancer of the esophagus has been reported as the nation's fastest growing cancer and is expected to double in frequency in the next 20 years. Researchers suspect this rise is due in part to the nation's obesity epidemic.

The rise in obesity levels in all demographics, with a related increase in the appearance of GERD, delivers the potential for a corresponding increase in Reglan drug side effects.

More REGLAN News
Reglan (metoclopramide) was approved by the US Food and Drug Administration (FDA) for the treatment of GERD. There are various side affects associated with Reglan, including Neuroleptic Malignant Syndrome (NMS), which is described in the official Reglan medication guide issued by the FDA as a rare but very serious condition producing symptoms of high fever, stiff muscles, increased perspiration, difficulty thinking, and rapid or uneven heartbeat. NMS can be fatal.

The FDA warns that Reglan should be taken for no longer than 12 weeks at a time—especially among older patients, or women, and those with diabetes. The risk of acquiring TD increases the longer Reglan is used, and / or the more Reglan is consumed (in terms of dosage).

The heartbreak of TD is that there is no guarantee that the uncontrolled lip-smacking, chewing, scowling or the sticking out of the tongue will disappear once the medication is stopped.