Concerns of Reglan Side Effects Grow Due to Wider Prescriptions

More REGLAN News
Researchers are growing concerned about the growing commonality of Reglan side effects in newborns due to the increased prescription of the reflux drug to premature infants. 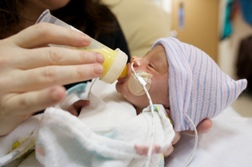 Reglan was never approved for infants and in fact was only recommended for short term use by the FDA. In 2009 the FDA issued a black box warning to inform physicians and patients of the link between Reglan and serious movement disorders like tardive dyskinesia and neurological issues like Neuroleptic Malignant Syndrome.

When the lone motility agent approved for use with infants was pulled from the market around 10 years ago, doctors began prescribing Reglan in its stead. This has provoked a bit of consternation from health advocates, who feel that the drug could be dangerous to young children, through have no scientific evidence to firmly support those fears.

"Because Reglan has been on the market for over 30 years, many physicians assume the drug is safe and prescribe it for various off-label uses," said Scott Nabers, a health advocate and attorney. "Perhaps the most troubling of these is its use to treat premature babies whose bodies are already extremely frail."