Will Reglan Side Effects Worsen with Health Care Reforms?

Earlier this month the US District Court for the Western District of North Carolina ruled in favor of two brand drug manufacturers of Reglan in an action brought by a plaintiff who claimed that her use of a generic form of the digestive drug caused her serious injuries. 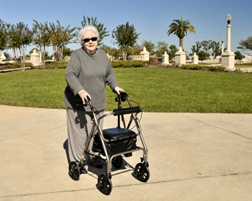 Plaintiff Mary Couick claimed that her use of Reglan (metoclopramide in its generic form) caused her to develop tardive dyskinesia, an often irreversible neurological disorder characterized by involuntary muscle movements. Although Couick took a generic form of Reglan, she launched an action against the manufacturers of Reglan—Wyeth Inc. and Schwartz Pharma Inc.—alleging that they should be held accountable for failing to warn her doctors about the risks associated with the drug.

Wyeth and Schwartz moved for summary judgment. According to the 4/2/10 issue of Health Law Week, the district court concluded that Couick's claims centered on an allegation of product liability, and that Couick cited no applicable North Carolina authority allowing a name brand drug maker to be held liable for injuries caused by a generic competitor's drug. The motion for summary judgment was granted.

The matter serves to illustrate what can happen when a less expensive generic drug is substituted for the more expensive name brand variety.

Edward F. Blizzard writes in the 4/16/10 issue of the Huffington Post that while name brand drugs and their generic counterparts have similar formulations, name brand manufacturers usually employ greater oversight over their product. Federal law requires that both name brand and generic manufacturers report adverse reactions to the US Food and Drug Administration (FDA). However, the generics often fail to adequately track and analyze such reports.

Reglan was originally approved in 1979 to combat gastroparesis and gastroesophageal reflux, a chronic problem for many people. The FDA approved the drug for short-term use only (after three months of use, the risk of tardive dyskinesia increases).

More REGLAN News
Once the patent expired on Reglan, the pharmaceutical market was inundated with generic forms of metoclopramide. Recent court cases have established that while generic drug manufacturers are required to more or less mirror the existing label of their brand equivalents, they also have a responsibility to approach the FDA for a label change if they feel that it is warranted.

But, writes Blizzard, since manufacturers of generic drugs are generally less stringent in monitoring the effects of long-term use than their name brand counterparts, leaving consumers at risk.

The health care reform bill will give many more Americans access to prescription drugs, which will only serve to accent and expand the current deficiencies. "While the FDA's current system of policing name-brand drugs is badly flawed," writes Blizzard, "when it comes to generic drugs there is virtually no cop on the beat."