Reglan tardive dyskinesia has long been associated with the brand-name drug prescribed to ease gastrointestinal disorders—and has resulted in many a Reglan lawsuit. However, as the drug evolved to the generic market, various court decisions have held that Wyeth, the manufacturer of Reglan, cannot be held liable for any alleged failings of the product or labels associated with generic brands. 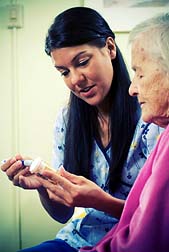 According to the December 4 issue of FDA Week, the 8th US Circuit Court of Appeals ruled in late November that a brand name manufacturer does not owe a "duty of care" to a consumer who does not use their product.

The plantiff's physician had relied on the labeling for Reglan when he prescribed the generic brand. Therefore, in the plaintiff's view, it was Wyeth that failed to warn her and her doctor about the side effects she would suffer.

More REGLAN News
With regard to Conte v. Wyeth, a separate case, the California appeals court ruled last year that a brand's responsibility to provide adequate warnings "extends not only to consumers of its own product, but also to those whose doctors foreseeably rely on the name-brand manufacturer's product information when prescribing a medication, even if the prescription is filled with the generic version of the prescribed drug."

However, the 8th Circuit Court disagreed. In its ruling, the Court stated that Wyeth cannot be held responsible.

A similar case in Minnesota found that fraudulent misrepresentation is dependant on "a suppression of facts which one party is under a legal or equitable obligation to communicate to the other, and which the other party is entitled to have communicated to him."

In the case of tardive dysknesia, it appears that naming defendants in litigation will depend on whether the tardive dyskinesia was caused by Reglan itself or a generic version of the drug.