How Does the Statute of Limitations Affect Reglan Patients?

Patients who believe they suffered Reglan side effects and are considering legal action should be aware of the statute of limitations. Time is running for potential plaintiffs to file a lawsuit over Reglan and tardive dyskinesia. 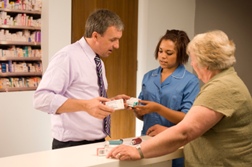 But for people taking medication like Reglan, the issue is less clear. For some, the statute of limitations starts to run when the FDA makes an announcement about a drug. In the case of Reglan, that would have started the clock ticking on February 26, 2009.

More REGLAN News
But there are patients who have developed tardive dyskinesia and are unaware that their medical condition is associated with the use of Reglan. For those patients, the statute of limitations may not start to run until that association is made. Furthermore, there could be patients with undiagnosed tardive dyskinesia who have no reason to think Reglan is linked to their involuntary movements or tremors.

Either way, once a patient is diagnosed and a link is made between the diagnosis and the medical condition, the statute of limitations begins to run. And, once that time runs out, the patient is no longer able to file a lawsuit against the drug maker. So, patients who have a diagnosis need to understand the implications of the statute of limitations should they be considering a Reglan lawsuit.