A black box warning about the link between Reglan and tardive dyskinesia was issued more than a year ago, which means that for some patients in certain states the statute of limitations may be running out. Patients who are just now realizing they developed Reglan side effects should speak with their doctor and contact an attorney. 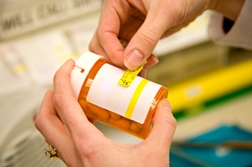 Roger Drake, attorney with Baum, Hedlund, Aristei & Goldman, says that Reglan litigation has been around for a while—but there have been some recent developments.

A number of states, including Pennsylvania, New Jersey and California, are consolidating Reglan cases. "Although the FDA mandated a black box warning for Reglan about a year ago, there seems to be a second wave of litigation," says Drake. "The black box warning spurred patients to seek medical help and it has taken time to get a tardive dyskinesia diagnosis and to make the connection with Reglan."

More REGLAN News
Patients who think they have tardive dyskinesia should ask their primary care physician for a referral to a neurologist, who can further assess the diagnosis. Concerns about tardive dyskinesia extend to children and infants, especially those born prematurely, who may have been given Reglan to help their digestive system.

There has been an increase in interest in Reglan litigation among patients of all ages, Drake says. "The renewed interest in this type of litigation from courts across the country is a direct result of patients becoming more aware of the injuries associated with Reglan. The more patients raise concerns to doctors and to attorneys, the better the chance to bring makers of the drug to justice and to make people more aware of the risks."

Roger Drake represents many clients suffering from tardive dyskinesia after taking Reglan. His law firm, Baum, Hedlund, Aristei & Goldman, has represented thousands of consumers across the nation over the past two decades in pharmaceutical drug injury litigation.