Raptiva Lawsuits Cause of Controversy

Raptiva lawsuits, alleging patients suffered serious harm and life-threatening Raptiva side effects, caused some controversy in 2012, when a plaintiff's lawyer erroneously announced a Raptiva lawsuit had been settled. The lawsuit, alleging one patient developed so-called Raptiva PML (progressive multifocal leukoencephalopathy), was initially scheduled for court in January but was later pushed back to June. 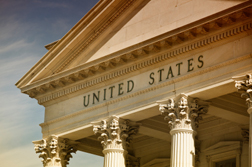 In January 2012, one of the lawyers for the plaintiff announced the Stephen Johnson lawsuit had been settled. Genentech, maker of Raptiva, issued a statement that the lawsuit had not been settled. According to Bloomberg Businessweek (1/26/12), the lawyer later retracted the statement, calling it an error.

Stephen Johnson was a 46-year-old who took Raptiva for psoriasis. After taking Raptiva for five years, Johnson died of PML in 2009 and his family filed a lawsuit against Genentech.

More RAPTIVA BRAIN INFECTION News
"All four patients were treated with Raptiva continuously for more than three years," the FDA noted (2/19/09). "None of the patients were receiving other treatments that suppress the immune system while taking Raptiva."

PML is a severe, progressive neurologic disease that typically occurs in people with compromised immune systems. As the FDA noted, there is no known effective treatment for PML. When the FDA issued a health advisory about Raptiva, it reported that longer, continuous use of the drug could further increase the risk of PML and that there are no reliable tests to predict whether a patient would develop PML after taking Raptiva.

Raptiva (known generically as efalizumab) was approved to treat moderate to severe plaque psoriasis in 2003.

If you or a loved one have suffered losses in this case, please click the link below and your complaint will be sent to a drugs & medical lawyer who may evaluate your Raptiva Brain Infection claim at no cost or obligation.
Request Legal Help Now

Posted by
Michael Gouras
on October 20, 2018
I took it for several years. I am at stage 4 liver failure and I have never been sure why. I wonder if this at least played a part.
Posted by
Sherri Chapman
on April 12, 2016
I started Raptiva in 2008 and started noticing side effects like severe edema in my lower extremities, shortness of breath and chest pain. I told the dermatologist they kept putting it off as other things. Then in early 2009 the dermatologist came into the room and said he was sorry he was takimg me off Raptiva, that apparently this drug has been killing people and they've taken it off the market. Not even a month after being off Raptiva I contracted a severe case of strep due to a lowered immune system. This turned into rheumatic fever. I fought two years with high does penicillin everyday until they removed my tonsils which alleviated the strep but has left me with arthritis in my spine and both of my feet and in my hands. This drug has forever changed my life, and I truly believe that if they had not taken it off the market that my family would have had my funeral. I will never try another biologic again. I curse the day that I ever tried raptiva.
Posted by
christine stafford
on August 17, 2013
My husband was on raptiva, he ended up seriously ill we were told to prepare for the worst, the t cells had backed up into his lymph nodes and they thought it cancer, he developed seriouse complications such as seriously raised lft's, kidney stones, crippling joint pain, trigger of psyriatic atropothy, infected plaque psoriasis, persistent chest infection's now he is on a cpap machine for life. the list goes on and on and is for ever being added too, the latest were told is eveltaed bp and heart issues. This drug should never come back on the market there is no help or assistance for after care the drug companys and the doctors washed there hands of the drug and there affected patients here in the uk.
Posted by
Kolawole Olubodun
on March 8, 2013
I was on Raptiva for several months in 2008 and had to stop the treatment because it triggered a very serious, crippling arthritis and severe joint pain. The pain was so serious that it made mobility very hard to impossible some times. It subsided a few months after I stopped administering Raptiva but the severe joint pains had since returned.