Under the auspices of the federal Whistleblower Act and provisions of the False Claims Act, a qui tam whistleblower who launches litigation on behalf of the government is entitled to a percentage of any damage award collected on behalf of the government. Such a lawsuit has been filed against Kellogg Brown & Root (KBR), Panalpina and other defendants following allegations of unlawful kickbacks. The US Justice Department has elected to intervene in some, but not all, aspects of the suit. 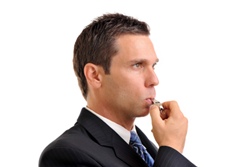 According to the 5/13/10 issue of CPI Financial, KBR serves as the prime contractor under the Logistics Civil Augmentation Program (LOGCAP III) for logistical support of US military in Iraq. The lawsuit alleges that two freight forwarders—Eagle Global Logistics (EGL, which has since merged with TNT Logistics to become CEVA) and Panalpina—provided unlawful kickbacks to KBR employees.

The Justice Department is pursuing the latter allegations, which hold that KBR employees were afforded illegal kickbacks in the form of meals, drinks, tickets to sporting events and golf outings.

Another aspect of the lawsuit alleges overbilling by Wesco, a KBR subcontractor in the Balkans, under a military contract.

David Vavra and Jerry Hyatt are identified as the qui tam litigants who filed the lawsuit according to whistleblower provisions in the False Claims Act in the US District Court for the Eastern District of Texas.

More QUI TAM WHISTLEBLOWER News
The Justice Department has been down this road before with EGL. The department previously intervened and settled allegations that the company had included non-existent charges for war risk insurance through invoices to KBR involving air shipments to Iraq. Those costs were passed along to the Army by KBR. Two employees of EGL pleaded guilty to criminal charges and the company paid a $4 million civil settlement.

The US had previously intervened and settled allegations that the local agent for EGL in Kuwait, Al-Rashed, overcharged the government for the rental of shipping containers. That settlement was worth about $300,000.

EGL also paid $750,000 to the US to settle allegations that it provided kickbacks to employees working in the KBR transportation department.

Overcharging the federal government appears to be a widespread practice. One can imagine that the motivation is tied to the expectation that the government is just too big and complex to notice. The government relies on qui tam whistleblowers, therefore, to note wrongdoings and act on behalf of the government—as well as the taxpayer who foots the bill.