Labor Department Orders Wells Fargo to Reinstate Whistleblower and Pay $577,000 in Back Wages

The US Department of Labor has ordered Wells Fargo to reinstate a former branch manager whistleblower that the bank fired for reporting bank employees who where secretly opening new accounts for customers without their knowledge or consent. 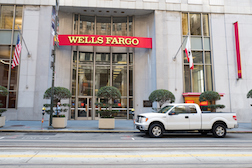 The Labor Department announced the ruling in a July 21, 2017 news release.

"The US Department of Labor has ordered Wells Fargo to reinstate and pay $577,500 in back wages, damages and other fees to a former branch manager in Pomona who was terminated after she reported conduct by at least three 'private bankers' working under her that she reasonably believed to be bank, wire and mail fraud," according to the news release.

Wells Fargo was fined $185 million in September 2016 for the illegal banking practices.

Investigators with the Labor Department's Occupational Safety and Health Administration (OSHA) found that Wells Fargo fired the "employee turned whistleblower" in September 2011 after the manager reported that the bank's private bankers were opening customer accounts and enrolling customers in bank products "without their knowledge, consent or appropriate disclosures," according to the news release.

The ruling came three months after OSHA ordered Wells Fargo to reinstate another former manager based in Los Angeles and pay him $5.4 million in back earnings, damages and attorneys’ fees, according to the Los Angeles Times.

“No banking industry employee should fear retaliation for raising concerns about fraud and practices that violate consumer financial protections,” said Barbara Goto, OSHA regional administrator in San Francisco in the news release. “The U.S. Department of Labor will fully and fairly enforce the whistleblower protection laws under its jurisdiction.”

The U.S. Department of Labor does not release names of employees involved in whistleblower complaints. The order can be appealed to the US Department of Labor's Office of Administrative Law Judges but an appeal does not stay the preliminary reinstatement order, according to the news release.

"We take seriously the concerns of current and former team members, this decision is a preliminary order and to date there has been no hearing on the merits of this case," Wells Fargo said in a statement on the ruling. " We disagree with the findings and will be requesting a full hearing of the matter."

Click to learn more about LawyersandSettlements.com
LawyersandSettlements.com - A trusted, independent legal news provider bringing quality news and information on all legal cases and lawsuits filed in United States of America to its readers since 2002. Over 250,000 legal help requests including Whistleblower Cases, Consumer Banking Issues, and Financial Cases have been forwarded to lawyers all across to the country.