Patients rely on doctors, medical centers, and healthcare companies to ensure the treatment they receive is safe and lives up to strict regulations. But sometimes healthcare companies attempt to get around the rules, putting the health and lives of their patients at risk. In those cases, healthcare whistleblowers—the people who know of alleged wrongdoing and alert authorities about it—are needed to step in and hold the wrongdoers accountable. Luckily for patients, these healthcare whistleblowers do exist, and luckily for the whistleblowers, they can earn money for exposing illegal activities. 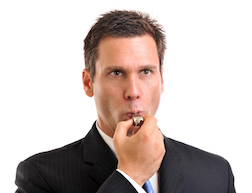 One healthcare whistleblower is Chris Wall, who, according to the Citizen-Times (1/13/17) will receive around $430,000 for reporting the illegal activity of Baxter Healthcare Corp. Baxter will pay more than $18 million to settle a variety of allegations related to mold at its Marion facility, brought to light by Wall.

Baxter reportedly uses the Marion plant to make pharmaceutical drugs and a variety of medical therapies, including renal therapies. In 2011 and 2012, Wall discovered mold on air filters near some of the machines involved in manufacturing Baxter therapies, in rooms that were supposed to be sterile. Despite supervisors being notified of concerns about mold, the filters were not changed for around 16 months. When Wall attempted to change the filters, he was ordered to stop. Wall continued to document issues with the mold and alerted attorneys about the issue, who reported the issue to the FDA.

"Following current Good Manufacturing Practices is essential to ensure the safety and efficacy of our drugs," said Principal Deputy Assistant Attorney General Benjamin C. Mizer, head of the Justice Department's Civil Division in a news release. "Today's settlement shows that the government will continue to hold companies accountable for failing to fulfill this critically important responsibility."

More QUI TAM WHISTLEBLOWER News
Wall is still employed at the Baxter Marion plant, although several plant managers lost their jobs after the mold issue came to light. Although there have been no reports of injuries or harm linked to the moldy filters, mold can be fatal and regulations are in place to prevent possible contamination of drugs and other therapies.

Whistleblowers who report illegal activity of healthcare companies may be eligible to share in money recovered from those companies via lawsuits. Compensation for whistleblowers varies between 15 and 30 percent of settlement funds.

Whistleblowers are also protected from retaliation if they report illegal activities on the part of their employer.