Increasingly, attorneys are taking on qui tam whistleblower cases without waiting for the go-ahead from the Department of Justice (DOJ). In fact, about 80 percent of the cases filed under the False Claims Act (FCA), which are mostly Medicare-related, were recently filed without the DOJ's intervention. 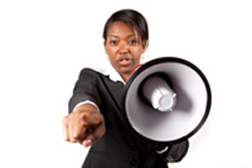 For instance, whistleblower Sean Mason received $23.4 million and a further $6 million to cover his legal expenses—one of the largest whistleblower awards in a non-DOJ-intervened case. Mason, a former employee of Medline, blew the whistle on the company, claiming fraud and kickbacks.

In another case that bypassed DOJ, a small Florida company called Ven-a-Care acted as the relator (whistleblower) and initiated the cases against Abbot, Roxane, B. Braun and Dey under the qui tam FCA last December 2010. Ven-A-Care was awarded about $155.6 million as its settlement share.

According to PRWeb (March 22, 2011), the Corporate Whistleblower Center advises potential healthcare or pharmaceutical industry whistleblowers who have substantial proof regarding massive fraud or over billing of the US Federal Government the following: "As strange as this might sound, if you go to the government first with your whistle blower information, they will probably mess it up, and you get nothing…There probably has never been a better environment in the US for a hospital executive, a healthcare professional, or pharmaceutical, or medical device insider to step forward; but if you want to cash [in] there are rules, and violating the rules could mean you do not get a reward."

The first rule is that your information must be "substantial" and likely to involve millions of dollars related to Medicare or Medicaid fraud. Second, you might blow your whistleblower case if you go public, i.e., the media, or go to the feds (rather, you need to find an experienced qui tam attorney). Lastly, if your information is in the public domain or already revealed, you probably won't qualify for a reward.

More QUI TAM WHISTLEBLOWER News
And there is the Nursing Home Complaint Center, another organization created to combat Medicare and Medicaid fraud. This organization says it will listen to the stories of a potential whistleblower and offer advice and guidance, including law firm contacts. The rules for nursing home employees and health care professionals are pretty much the same as those stated by the Corporate Whistleblower Center, with the third rule stipulating that "an attorney must be consulted regarding the fraud situation."

No wonder such organizations are springing up: in the fiscal year ending September 30, the federal government secured more than $3 billion in civil settlements and judgments—the second largest yearly recovery amount ever. And this year looks like a record breaker: for the first quarter of fiscal year 2011 (October through December 2010), DOJ already announced approximately $1 billion in FCA recoveries.

Although bypassing the DOJ is an option, the government's intervention typically spells a successful qui tam whistleblower lawsuit.

Posted by
william paugh
on May 25, 2015
I wish I knew this prior. I actually filed a qui tam lawsuit against a ambulance company whom was committing fraud for over 9 years. After all my evidence was submitted and after federal agents had me wear a wire and get people to admit the wrong doing after watching videos the federal government decided no to pursue. We are talking millions of dollars. Then once everything was released I lost my job. The federal governments words " we can't do anything about it since the case is closed"
So in short don't trust the federal government to help in issues like this.