One of the provisions of the new food safety law recently signed by President Barack Obama will offer federal whistleblower protection to employees in the food industry, The Associated Press reports. 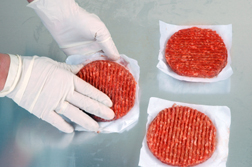 The Food Safety and Modernization Act reportedly offers protection to such employees from being fired or otherwise retaliated against if they alert their supervisors to potential violations, the news provider said.

More QUI TAM WHISTLEBLOWER News
"Whistleblowers are the informational lifeline to warn the public when government-approved food might be a public health hazard," said Tom Devine, legal director for the non-profit Government Accountability Project. "It occurs frequently because the regulatory system can't hope to catch all the violations through spot checks."

The new legislation is reportedly beneficial for workers because it goes so far as to protect them from retaliation for alerting officials to anything they reasonably believe could be a violation of the law. Additionally, according to the news source, the burden of proof is in the favor of the employees in such cases.

According to the Web site for the White House, the Food Safety and Modernization Act was signed by President Obama in January.