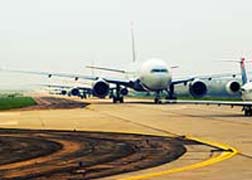 In addition, attorneys for Thomas McArtor claim the former safety official was fired after he reported the problems, reports the news provider.

More QUI TAM WHISTLEBLOWER News
"Aircraft manufacturers enjoy a special position of public trust," said one of the attorneys. "It is arrogant for any of them to pick and choose which defects the public gets to hear about. Aircraft operators and airline travelers deserve complete transparency so that they can evaluate the risks and take steps to protect themselves."

McArtor was reportedly a senior quality control official for Rolls-Royce and the Federal Aviation Administration's chief designated airworthiness representative at the plant before being fired in 2007, according to the complaint.

According to Fox59 in Indianapolis, the company allegedly concealed information about an increase in defects from its customers, and the issues have affected a number of engines used in both military and civilian aircraft.