LAWSUITS NEWS & LEGAL INFORMATION
Home Page >> News Articles >> You Have Until Midnight to Weigh In: Wha..

You Have Until Midnight to Weigh In: What Should the SEC Do with Whistleblowers?

Should whistleblowers be rewarded up to 30 percent of whistleblower settlements over $1 million and be protected for alerting the government to corporate misconduct? If you have an opinion, either for or against, you have until midnight tonight to weigh in. 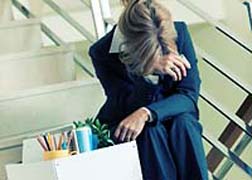 You can fill out a form online with The US Securities and Exchange Commission (SEC). So far the SEC has received over 1,000 comments from people who support whistleblower protections as a way to help prevent another US financial meltdown. But not everyone sees the Commission's proposed changes as a good thing.

Many corporations are opposed, believing that the SEC's proposed bounty would wrongly encourage employees to skip reporting suspected misconduct in-house and go straight to the SEC. (Attorney Bijan Esfandiari at Baum, Hedlund, Aristei & Goldman, said that, in his experience, an employee will usually try to work within the company first to correct the wrong. An employee usually becomes a whistleblower after trying and failing to resolve the issue in-house. They go up the corporate ladder to complain, from supervisor to district manager and, if the complaint cannot be resolved, they go to an outside attorney.)

In a letter to the SEC, several large corporations, including McDonald's (MCD), Delta Air Lines (DAL), General Mills (GIS), UnitedHealth Group (UNH), Intel (INTC), and JC Penney (JCP), wrote the following: "We believe that the Commission's proposals will have the impact of thwarting internal compliance and reporting programs in a manner inconsistent with the intent of the Dodd Frank legislation that authorized them."

Instead, they want an employee to go through existing internal channels first, which would give the company "reasonable time" to resolve the suspected wrongdoing before the whistleblower alerts the SEC. However, does every company have "internal compliance mechanisms" in place?

More QUI TAM WHISTLEBLOWER News
One attorney who represents whistleblowers, Stuart Meissner, told the SEC that he was involved in a case regarding an investment bank, "but the investment bank did not have a designated person for the employee to call for their whistleblower hotline." If the suspected corporate misconduct involves management, it may "involve officers who are well above the hotline designee in the corporate structure," Meissner wrote, adding that, "Who in their right mind would report wrongdoing to that hotline?"

And what constitutes "reasonable time"? What happens to the whistleblower during this reasonable time? Chances are, they are terminated and of course, unprotected.

Many whistleblowers have waited several years for justice; some have lost their homes, their life savings and their families.

Ultimately, the whistleblower has a choice, but the SEC is hopeful that a potential whistleblower will come to the agency if they believe their company's internal compliance program is doubtful, or they are afraid of retaliation.

And you have a voice—in this case, until midnight, December 17.

Posted by
DantheGrey
on December 24, 2010
I grew up believing a rat is a rat and a snitch is a snitch, but a Whistleblower is a whole nother thing all together.
Billions of dollars in stolen and illegally obtained funds (tax payers money) have been returned to the government coffers, due in part to the whistleblowers.

If there isn't any protection for the whistleblowers there won't be any whistleblowers and big business can continue to operate with impunity as they have in the past. If someone has the guts to bring these wrongs to the attention of the proper authorities, for whatever reason and money is reason enough, then they should be protected from retaliation.

My vote is YES!

Posted by
Joel
on December 23, 2010
Yes there should be an award!!
Posted by
Pamela Wages
on December 23, 2010
I believe that there should be an entirely separate place for whistle blowers to make their complaint. I believe that it should go to a federal level FIRST. I have needed help before and there is no place to turn! I need help right now because a state judge in Tennessee has not upheld the law of the state wherein he presides. Why isn't there an agency with the federal government for these complaints? Even if there was a state agency, why is it not known to the general public? If I break the law, there are consequenses for me. Why can a judge get away with it for his friends? I am sick and tired of people and how they play games when in public offices to do favors for friends and family members. I would like to see justice in my behalf, too. Being poor can result in social injustices! What can we do? I would support any platform to help prevent this occuring in the future.
Posted by
Dr. Timothy W Price Th D.
on December 23, 2010
Hell yes those who report the BAD Guy's should get a Reward for saying something about what there doing !
Why you ask ? Well here it is ! The Bible the book from GOD says that if you see thing's are wrong say something about it !

Know the truth and the truth will make you free ! Lie for No one and Cover up for No one ! You will not Bare False witness Ever !
So call me Crazy or what ever but I think going with what God say's is the right thing to do !
Dr. Timothy W Price Th D.

Posted by
Michael Razmek
on December 23, 2010
As a former auditor, contracting officer with the Department of Defense, Department of Interior I witnessed first hand fraud, waste and abuse. Exercising due diligence I reported several fraudulent programs of the years but often would found command to close ranks, and demonstrate the proverbial "not on my watch" mentality. After leaving DOD I entered a more disfunctional program with the USGS where I was forced out on a medical retirement. Blow the whistle, are you kidding, the executive branch nor legislative branch fails to properly fund the program, and the dismal statistics suggest most whistle blowers are "killed in action" regardless of the merits of their claim. After being medically retired now on the OPM payroll, I have accepted some contract assignments with different industries involving government contracting. Unfortunately, I found violations of the buy American Act, Trade Agreements Act and reported it to my detriment. The answer from the government, interesting buy we have more important things to occupy our time. Considering the Inspector General, independent myth, and congress and the executive branch to support whistle blowers its about time we start providing an incentive not disincentive to report fraud, waste and abuse. Regarding the private sector is it no wonder the fat cat bankers, insurance companies and wall street are reporting record executive bonuses and compensation plans. Simple economics would tell you that excessive executive compensation programs coupled with wall street greed will spell the death of our middle class, and free markets.
Posted by
Publix circa 2009
on December 23, 2010
It's high time we held Corporate America responsible. Give whistle blowers that bounty - they face some of the most daunting challenges - how on earth do you get a new job (when shoved out the company door)??? NO ONE will hire you when you put under "reason for leaving: Sued employer for legal rights violations."

Employees who complain up the chain at Publix end up targeted for harassment until they quit.

Publix has been sued in 1st Quarter / 2nd Quarter 2010 for wrongful death because managers allegedly failed to warn someone of a homicidal employee.

The company came under fire in Florida for allegedly unfair agreements it imposed upon its landlords, and Publix should be broken up like AT&T - Hello, Sherman Anti-Trust Act of 1890 - anyone???

There are so many OSHA violations and minor law violations (violations of a minor worker's work-time protections) that never make it to OSHA or the Labor Boards, that parents of kids employed there really should take a second look. I have seen bodies dragged from renovating stores of folks who have passed out on chemical fumes. We have worked entire shifts so high that I woke up in the middle of the street outside my neighborhood - I called Poison Control and they said "go to the ER as fast as you can," but I was too high to safely drive. I was tripping off paint thinner and God_Knows_What_else for fourteen hours... not safe.

We had minors huffing the fumes from the above and from concrete sealant fumes that ARE NOT VENTILATED with fans - so KIDS who want to get a legal high just go to their neighborhood Publix under renovation, find the NO SIGNS warning of impending danger outside (just a yellow tape around the concreted area), and breath deeply for that all-consuming high. Lawyers - please consider the possibility of death from this - it will not be apparent that the kid went to the most trusted place and got high.

When a series of people DIED on a FL warehouse floor, critical changes that were needed were not undertaken.

Oh, yes - and those disabled people are made fun of behind their backs.

Even though Publix advises that there are no ratios to "make up for" when promotion time comes around, these ratios absolutely exist - a white man stands less chance for promotion against a Hispanic female in some areas.

So - YES - Give the whistle blower the bounty he/she DESERVES. Corporate America is the new Mob. Bring them DOWN.

Posted by
Capt. Steve Rappaport
on December 23, 2010
whistleblower should come to the agency if they believe their company's internal compliance program is doubtful, or they are afraid of retaliation. The problem is not with the whistleblower but with SEC who members are on the payrolls of these large companies. The other problem is the time it takes the SEC to settle the matter at hand.
Posted by
Mike Shimp
on December 23, 2010
Yes these companies should be punished dearly, they have gone too long with their teflon attitudes, and the truth of the matter is when you bring a problem directly to management they just blow you off......I have been there many times, I know first hand how they don't take care of the problem, and then wonder why you have to bring it to another level
Posted by
YL Fu
on December 23, 2010
An honest internal complainer or whistleblower is actually doing good things for his/her own company/corporation, and for the society.
Their actions should be encouraged. The real world problems are that the complainer/whistleblower usually gets retaliation/fired, and it is almost get no help to get justice.
I was a victim of being an honest internal complainer in a chemical company that openly allowed the employees to SPRAY and CURE (heat under high temperature) STYRENE in a room in open air (NOT in a well ventilated hood). I myself and my workers had to work in the same room!
Of course, the REASON of being fired has NOTHING to do with my repeat complaints of the dangerous operation.
YL Fu, Ph.D.