A Qui Tam Whistleblower lawsuit has been settled, with the whistleblower taking home $364,425 as her share of the $2.425 million settlement against two speech therapists and three hospitals in Eastern Idaho. The alleged fraud, which was reported to have involved the use of unlicensed speech therapists for services billed to Medicaid as licensed, was settled without any admission of liability. 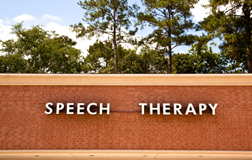 According to a release from States News Service dated December 2, the qui tam lawsuit was brought by Jennifer Putman, who served as the plaintiff in the action. Matthew Stevens and Michelle Dahlberg were named in the health care fraud lawsuit, as well as their speech therapy businesses and three hospitals—Eastern Idaho Regional Medical Center, Madison Memorial Hospital and Idaho Falls Recovery Center.

Putnam, the qui tam government whistleblower, alleged that beginning in 2001, Dahlberg and/or Stevens and their businesses employed unqualified aids while delivering speech therapy services to outpatients at the three hospitals named in the lawsuit. The services were allegedly billed to Medicaid as licensed speech therapy, at a higher rate.

Given that the US funds 70 percent of Medicaid in Idaho, the fraud was primarily against the US government. Hence, the government will recover $2.425 million as the result of the whistleblower action.

Private citizens can bring lawsuits on behalf of the US government if there is suspicion or evidence of fraud against the government. When a settlement is reached, the individual who brought the lawsuit is entitled to a portion of the overall settlement. Individuals can bring actions against entities suspected of or alleged to have committed fraud without fear of reprisal by way of protections through the federal whistleblower act.

More QUI TAM WHISTLEBLOWER News
"Fighting health care fraud is a top priority for this office," said United States Attorney Wendy J. Olson. "The recovery of health care dollars in this case is the result of cooperation between our prosecutors, investigators from the United States Department of Health and Human Services, Office of Inspector General, and auditors from the State of Idaho, Department of Health and Welfare, Medicaid Program Integrity Unit. We thank Jennifer Putnam for bringing this case to the attention of the government. Whistleblowers are necessary to our ongoing efforts to combat fraud, waste and abuse."