A Qui Tam Case in the Making?

Company X has been contracted by the US federal government to design and manufacture a product that must go through rigorous testing by a group of government researchers and scientists before it meets approval. A company employee, let's call her Susan, was told by her supervisor that he was joining this government agency and practically guaranteed the product being accepted. Susan is now contemplating filing a qui tam lawsuit for conflict of interest. 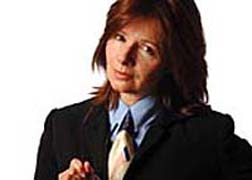 Susan has been working on the project at company X since its inception, and so has her immediate supervisor; they have had a great working relationship for years, which puts her in more of a quandary: should she or should she not blow the whistle on her supervisor and company X?

The False Claims Act typically lets whistleblowers bring qui tam lawsuits when the government has made payments based on false claims, paid claims based on false certifications or has not been paid money owed to it. In this case, the government could approve a product based on conflict of interest, which could also be interpreted as a false claim. The law does not apply every time the government makes an unwise purchasing or management decision; a qui tam attorney can advise Susan whether her supervisor's conflict of interest is more than an ethical issue, i.e., illegal.

Although Susan's supervisor can legally accept a position at the federal agency, he cannot take part in testing the product—that would constitute a conflict of interest. As well, the agency should be aware of his previous work with the project. This situation has the potential to be a qui tam. If the supervisor does partake in the agency's decision making and approves the product, his action could be likened to the doctor receiving kickbacks from a pharmaceutical company for prescribing and promoting its drug. Because Susan's boss has some degree of a vested interest in the project (his guarantee is an admission of his interest in the product, be it financial, loyalty to the company or otherwise), he should likely not evaluate the product in any way.

More QUI TAM WHISTLEBLOWER News
But Susan just found out that her former supervisor is working with the federal government's team and is part of the evaluation process.

Susan's qui tam attorney will likely suggest that she try to settle the matter internally first. "From what I have seen, an employee will usually try to work within the company first to correct the wrong," says Bijan Esfandiari, an attorney at Baum, Hedlund, Aristei & Goldman. "An employee usually becomes a whistleblower after trying and failing to resolve the issue in-house. They go up the corporate ladder to complain, from supervisor to district manager and, if the complaint cannot be resolved, they go to an outside attorney."