More QUI TAM WHISTLEBLOWER News
A qui tam whistleblower lawsuit has been settled after one of the US government's highest-profile contractors in Afghanistan agreed to pay millions of dollars over allegations that he overbilled the government, McClatchy Newspapers reports. 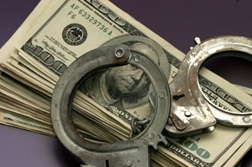 In return for the payment of tens of millions of dollars, the Justice Department has agreed to end its investigation into the allegations that contractor Louis Berger had been intentionally overcharging American taxpayers, sources close to the investigation told the news provider recently.

The settlement could be as high as $65 million and would include both civil and criminal penalties.

Earlier this year, the news provider reported that Louis Berger's overbilling dated back to at least the mid-1990s and increased to tens of millions in lost tax money.

In 2006, a former employee of the contractor gave the government evidence against the firm two months before the US Agency for International Development picked the company to jointly oversee more than a billion dollars in reconstruction contracts in Afghanistan, according to the news source.