Judging from the increasing number of Qui Tam Whistleblower lawsuits—and huge settlements—Medicaid fraud is rampant in the US. The latest settlement has cost GlaxoSmithKline (GSK) $750 million in civil and criminal charges for manufacturing and selling adulterated drug products to Medicaid and other government health plans. 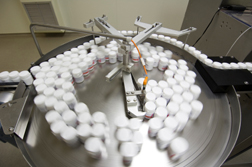 The qui tam lawsuit alleged that GSK released to the market Bactroban ointment, a topical antibiotic used to treat skin infections in babies, that contained microorganisms, and Kytril injection, an anti-nausea drug used by cancer patients, which was not sterile. GSK also released the anti-depressant Paxil CR tablets that lacked the active ingredient and Avandamet (a derivative of the diabetes drug Avandia) tablets that were superpotent and subpotent.

The settlement was the result of a qui tam whistleblower lawsuit filed in 2004 under the False Claims Act, on behalf of Cheryl Eckard, a former Quality Assurance Manager with GSK. In 2002, Eckard led a team of scientists to GSK's biggest factory in Cidra, Puerto Rico, in an attempt to fix manufacturing violations cited by the FDA. The plant was making over 20 products worth $5.5 billion annually, including Avandia, Paxil and Coreg.

Eckard reported to GSK that the problems at Cidra necessitated the plant to be shut down because GSK could not assure that its product was free from contamination and made according to the drug formula registered with the FDA. Rather than heed her advice, GSK chose to treat her complaints as unsubstantiated. Eckard then reported GSK's fraud to the FDA and thus became a qui tam whistleblower.

More QUI TAM WHISTLEBLOWER News
The investigation, which began more than six years ago, resulted in the seizure of all stocks of Avandamet and Paxil CR. The FDA estimated the largest seizure in its history to be worth $2 billion. And the Cidra plant was finally closed in 2009.

A similar qui tam lawsuit took seven years of investigation among federal and state authorities and the qui tam whistleblower's legal team, which resulted in Merck & Co paying more than $400 million to settle a qui tam lawsuit. The suit claimed that one of the world's largest drug manufacturers illegally defrauded Medicaid and other public healthcare programs across the US.

In February 2008, the Merck settlement was the second-largest False Claims Act civil fraud Medicaid recovery, and was said to "become the basis for future qui tam whistleblower investigations, especially in an age of shrinking government budgets." Clearly, it is no longer in second place.