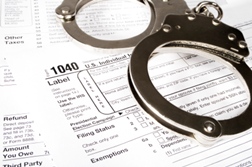 Whistleblowers who file suits against those who defraud the government can receive a portion of the potential penalty imposed by the state on the defendant under qui tam law. Previously, the law had focused on those who committed Medicare fraud or contractors who over billed the government, but now the scope has been expanded in New York to include those who cheat on their taxes, according to the New York Times.

Qui tam law experts said that the New York law is the first of its kind in the US.

"To my knowledge, this is the first one that imposes liability under a state False Claims Act for state tax fraud," Cleveland Lawrence III, acting executive director of nonprofit Taxpayers Against Fraud, told the news source.

If you or a loved one have suffered losses in this case, please click the link below and your complaint will be sent to a financial lawyer who may evaluate your Qui Tam Whistleblower claim at no cost or obligation.
Request Legal Help Now