“We even have qui tam whistleblower cases that involve doctors paying illegal runners to find people who are destitute on Medicare. They get a little treatment but the doctor bills for a lot,” says attorney Jason Brown. “They figure these people won’t complain but employees of that practice will blow the whistle.” 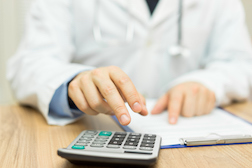 There are so many ways and means to commit healthcare fraud it's no wonder the amount of qui tam cases doesn’t seem to be abating. Surprisingly, many cases brought by whistleblowers may have started out as a call to Brown about an entirely different complaint.

“Oftentimes we have seen people with good cases in the context of wrongful termination or hostile work environment, but fraud is so incestuous in the healthcare industry that they don’t think it is wrong,” Brown says, “and people are conditioned to trust the doctor.”

Let’s say that Jane Doe wants to file a complaint about wrongful termination. During their conversation Brown asks Doe if her employer bills the government for Medicare. “From experience we know that a plaintiff may have knowledge of something on a subconscious level and we’ll examine an overbilling issue,” says Brown. “But just because an employer fires someone it doesn’t mean they are fraudulent; it’s more like a by-product of frustration.”

Brown says that frustration stems from having to spend inordinate amounts of time on paperwork required by the federal government, without getting paid. So healthcare workers feel justified in overbilling to the government for services not performed. To get more money perhaps they code services improperly, make a false claim about the extent or length of treatment, or outright lie.

“Fraud is mostly done by institutions but also by doctors and dentists and chiropractors—anyone who deals with money and the federal government,” adds Brown. “Often when I talk to [the perpetrator] they feel justified because of all the elaborate paperwork they have to do but that doesn’t excuse the conduct—it’s wrong to take money from Medicare that you aren’t entitled to.”

Back to the justification theme, the doctor may say overbilling is a win-win situation because people who are down and out are finally getting medical attention and they are getting paid to provide treatment. “They may have started out with noble intentions but it got contorted into a bad thing,” says Brown. And it isn’t a victimless crime because the taxpayer absorbs the cost.

Billing for Beds
Some of the biggest fraud schemes come from nursing homes and extended care facilities. They might bill Medicare for 100 beds when 50 are occupied. Or someone checks in one day and spends the night but Medicare is billed for an extra day. And there are bogus lab tests.

“If someone can tap into a vein-- figure out how to overbill—they will keep on doing it and they will likely tell their buddies how to do it,” adds Brown. “They may delude themselves into thinking they won’t get caught and some doctors think they are entitled.”

More QUI TAM WHISTLEBLOWER News
Case in point: Dr Gary Marder, a Florida dermatologist. He recently agreed to settle with the government for $18 million on allegations of Medicare fraud brought by whistle-blower Theodore A. Schiff, MD, another dermatologist. Schiff filed a qui tam lawsuit after he began to see patients treated by Marder. According to the Palm Beach Post, patients were told by Marder that they had skin cancer when in fact they may have had just irritated skin. Marder billed Medicare millions for unnecessary treatments and pocketed the money.

So too can the whistleblower pocket a substantial amount, while at the same time saving the government and taxpayers millions. Under the False Claims Act whistleblowers are entitled to receive between 15 percent and 30 percent of the amount the government recovers in a successful fraud case.