$23.4 Million for Medical Sales Exec Who Blew the Whistle 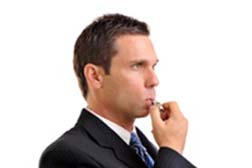 The Department of Justice (DOJ) intervenes in only approximately 20 percent of the cases filed under the False Claims Act, most of which are related to Medicare and Medicaid fraud. When it refused to intervene in Sean Mason's suit, his story might have died on the vine. Instead, this time, Milberg and three other firms considered the facts of his story so compelling, they decided to pursue the case.

"Sean Mason sat in a unique position at the company where he was essentially in charge of keeping track of all of what they called rebates and consignments, and what we called kickbacks," says Chapman.

Medical supply companies are not allowed to offer perks or incentives to medical suppliers and service providers like hospitals and healthcare facilities that make claims to Medicare or Medicaid. But, according to the documents, between 1998 and 2005, as the distribution service manager and director of corporate sales, Mason had seen Medline violate the law on thousands of occasions, involving millions of dollars.

The result was one of the largest-ever awards in a non-DOJ-intervened case.

Although Medline admits no wrongdoing, the company folded its cards well before trial, citing the high cost of litigation, and agreed to pay $85 million dollars to the United States government, which in turn will pay $23.4 million to Mason and $6 million to cover his legal expenses.

"It is impossible for the DOJ to pursue all of the valid fraudulent claims that come forward," says Milberg's Ross Brooks. "It has limited resources and Medicare and Medicaid fraud are particularly rampant in the country."

The Department of Justice may have also declined to proceed because Mason's allegations were confined to what he saw Medline do and not what the hospitals or healthcare providers did. "The Anti-Kickback laws make illegal not only the payment of kickbacks but also the receipt of kickbacks, however, but we never alleged that they knowingly engaged in the receiving of kickbacks," explains Brooks.

More QUI TAM WHISTLEBLOWER News
However, the judge in the case accepted a "pioneering legal theory" and found that companies paying kickbacks are liable even if the recipients are not being sued.

Not your run-of-the mill whistleblower case by far admit Chapman and Brooks, but it is the kind of case that lends itself to the firm's significant expertise in the whistleblower area and resources.