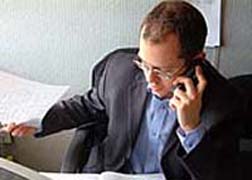 One main reason why health fraud and pharmaceutical qui tam lawsuits are increasing is due to significant lay-offs within the pharma industry—many potential whistleblowers fear retaliation, both from their employer and their peers, until they leave the corporation. "We talk to people who have brought up the subject with their bosses, and 'Shut-up and don't talk about this or you'll be demoted,' is the typical response," says Martin. At the same time, he says about 40 percent of possible whistleblowers work within the pharmaceutical industry and are or have been at odds with their employer. "They have been warned that something bad will happen if they keep bringing up this information," adds Martin.

Martin explains that whistleblowers fear blackballing. "When word on the street says that a big pharmaceutical company was ratted out over a qui tam, that individual could be haunted for the rest of their lives," he says. A potential whistleblower has to think that he is likely to get just one shot, so it had better be big. "The burden of proof has to be enormous and easy to understand; it has to be fresh and never before seen in the media."

This is how it works at AmericasWatchdog. A possible whistleblower contacts their office, and they hear a disgruntled employee's story. More often than not, the employee is wasting their time, but if not, Martin advises that they should reach out to the right qui tam lawyer. "Qui tam cases are very complex so you really want to contact someone who knows what they are doing in that certain area, such as pharma or Medicare fraud," says Martin.

"Next, if the justice department says they are not going to prosecute, the whistleblower basically has to fight for credibility with the justice department, which is a major hurdle but not insurmountable. But an attorney can prosecute by themselves and go to a federal judge. In doing so, the monetary rewards are substantially increased.

"One major rule is that the whistleblower not to go to the federal government or the media—that will ruin your chances of getting a reward. The company will argue that your claim is already known about and then you might as well just forget about it."

More QUI TAM WHISTLEBLOWER News
Martin doesn't paint a pretty picture. "The whistleblower blows up their life—in all likelihood, they will never be hired again," he says, matter-of-fact. "If you are going to take this chance, it had better be good. Among your peers you will become a rat. You would think that whistleblowers would be heroes in the US, but instead they are thrown on the trash heap."

"Most of us have wondered what we would do, if we were sitting on a winning multi-million dollar lottery ticket. It's a million in one shot right? Actually, we think there are literally thousands of US healthcare, or pharmaceutical managers, who are sitting on a winning lottery ticket right now, because they know how their employer has defrauded the US Federal Government, and they can prove it."

No one said it would be easy. And like most things in life, the greater the risk, the bigger the pay-off. Still thinking of blowing the whistle? If so, and your case is successful, you'll likely never buy another lottery ticket again.