Bijan Esfandiari, an attorney at Baum, Hedlund, Aristei & Goldman, has participated in a number of cases that have shaped and developed the law for the benefit of injured victims and consumers of pharmaceutical products. He also assists potential whistleblowers to determine whether they have a qui tam case and, if so, will file a claim on their behalf under the False Claims Act. 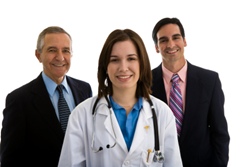 Mr. Esfandiari has had the privilege of participating in cases that have shaped and developed the law for the benefit of injured victims and consumers of pharmaceutical products. His published cases have also exposed reprehensible corporate conduct. For example, a federal court in Pennsylvania noted that "internal documents suggest that Defendant acted with a wanton and willful disregard for the safety of its consumers," and therefore allowed Mr. Esfandiari's clients to proceed with their punitive damages claims.

Mr. Esfandiari has also been at the forefront of the preemption battle and has successfully argued against preemption (drug manufacturer immunity) in numerous cases. Most recently, Mr. Esfandiari successfully briefed and argued the first and only prescription drug preemption case to be heard by the US Seventh Circuit Court of Appeals. The three judge panel of the Seventh Circuit unanimously agreed with Mr. Esfandiari's arguments and held that the drug manufacturer was not entitled to immunity and that plaintiffs' claims were not preempted by federal law.

LawyersandSettlements (LAS): It would seem that most qui tam lawsuits are pharmaceutical cases.

Bijan Esfandiari (BE): Up until the 1980s, qui tam lawsuits mostly involved weapons contractors who received fraudulently obtained government funds, but as a significant proportion of the American population grew older, and the government began spending more money on treating the sick and elderly, the focus turned to preventing fraud in the medical sector.

With the passage of the new healthcare bill and infusion of more funds toward medical care, everyone—particularly the government—is going to be on the lookout for fraud in the medical field. Unfortunately, there are far too many unscrupulous individuals and corporations who are drawn to the seemingly easy accessibility of government funds. Because there is so much more government money at play in the medical sector now, this also means that more people will think of new ways to defraud the government. President Obama has not been shy in saying that some of the funding for the new healthcare bill will come from monies collected from False Claims Act (FCA) prosecutions.

LAS: How much money are we talking about?

BE: In recent years, pharmaceutical companies have been fined hundreds of millions of dollars for defrauding the government. That may seem like a lot of money, but for many of these companies, their annual profits are measured in the billions of dollars. Moreover, the fraud may last for five or 10 years before someone finds out, and by that time, the company may have garnered billions in profits. Sure, the publicized fines and settlements sound like big numbers, but the drug companies are still ahead of the game. To them, it's part of the cost of doing business.

LAS: How are pharmaceutical and medical companies ripping off the government?

- Failure to report serious adverse events;
- Providing false data to the Food and Drug Administration;
- Withholding negative data from the FDA about the efficacy of a
drug or medical device in clinical research trials to get FDA approval to sell and market the drug or device;
- Manufacturing deficiencies resulting in contaminated pharmaceutical products;
- Manufacturing or diverting substandard or tainted drugs;
- Overcharging for "340B" program drugs;
- Paying kickbacks and inducements to physicians, hospitals and pharmacists to prescribe or otherwise favor their drugs;
- Misreporting the "best price" the "federal ceiling price" or other - benchmark prices that pharmaceutical companies report to Medicare and Medicaid programs; and
- Engaging in off label marketing.

LAS: Can you give an example of a pharmaceutical qui tam lawsuit?

BE: Pfizer recently paid a settlement of $2.3 billion, and $1 billion of that was for a FCA claim arising out of the off-label promotion of a number of its popular drugs. Tenet Healthcare was caught padding bills and accepting kickbacks, which resulted in a $900 million settlement. SmithKline Beecham Clinical Laboratories paid over $300 million arising out of numerous scams, including charging for lab tests it never performed, adding lab tests that were not requested or medically necessary and giving kickbacks to doctors in order to get their business.

LAS: Is there a typical whistleblower profile in a pharmaceutical claim?

BE: About 95 percent of whistleblowers in a pharmaceutical qui tam are company insiders. They are usually people who work for a specific company at mid and senior levels. They observe activities that are unethical and in violation of established rules and regulations. A lot of them care about the company and are upset that laws are being broken.

In my experience dealing with whistleblowers, money is not the driving force for their actions. Rather, they want to correct wrongs and save lives, especially in the pharmaceutical business where unsafe products can endanger lives and harm patients. I find whistleblowers to be honorable and heroic individuals who seek to correct wrongs.

LAS: How does an employee become a whistleblower?

BE: From what I have seen, an employee will usually try to work within the company first to correct the wrong. An employee usually becomes a whistleblower after trying and failing to resolve the issue in-house. They go up the corporate ladder to complain, from supervisor to district manager and, if the complaint cannot be resolved, they go to an outside attorney.

LAS: Does a whistleblower need an attorney or can they contact the federal government?

BE: A FCA claim must be filed by an attorney. Whistleblowers typically contact an attorney for advice after observing something wrong and attempting to fix the problem internally, but failing in their attempts. Many times, whistleblowers aren't even aware they have a potential FCA claim, but are trying to find out about their legal rights and protections. We've seen numerous instances where an employee has been fired for raising ethical issues and they are simply seeking legal advice about their wrongful termination. Once the whistleblower contacts an attorney, the attorney will review the claim to determine if there is a viable case and, if so, will then file the case under seal.

A copy of the complaint is sent to the government—usually the Attorney General of the United States and the US Attorneys' Office. The US Attorneys' Office reviews the complaint and determines whether it wants to intervene in the case. It can take some time for the government to investigate a case, so FCA cases can remain under seal for many months and sometimes years. If the government intervenes, it takes over the litigation and the prosecution of the case. However, the attorney continues to represent the whistleblower and the whistleblower's interests.

LAS: What happens if the government doesn't intervene?

LAS: Is a whistleblower usually fired? Do they have any recourse?

BE: The FCA does protect the whistleblower if he or she is fired.

LAS: What happens after the seal is broken—is that when a whistleblower's claim goes public?

BE: When the seal is broken, it then becomes a regular case with discovery, etc.—it goes through the normal litigation process. Any type of litigation takes time. It's not like a TV episode where the crime, trial and verdict all occur on the same day.