Novartis has been hit hard with qui tam whistleblower lawsuits for off-label promotion and fraudulent marketing practices, and the drug giant has paid millions of dollars in settlements. Kari has closely followed the Novartis lawsuits because she believes the company should also be charged with fraudulent practices regarding Lotrel. "Novartis and my insurance company have made a fortune billing Medicaid for this drug—at the expense of consumers and the government," Kari says. 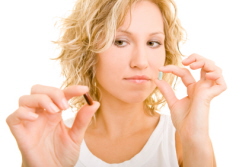 Novartis has a history of fraudulent marketing practices. The US Justice Department charged Novartis and Chiron, which Novartis purchased in 2006, of illegally marketing its cystic fibrosis drug TOBI. Novartis allegedly submitted false claims to federal health care programs for off-label uses and for patients who shouldn't have received the drug. Three former Chiron employees filed qui tam lawsuits, and they will receive $7.8 million of the federal share of the settlement.


"Basically, Novartis is saying they are offering to substitute a drug I am already taking for half the price, and here is a month for free. But Lotrel is not intended for people who have regulated hypertension..."
Novartis said it will plead guilty in January 2010 to criminal fraud charges related to the company's off-label promotion of the epilepsy drug Trileptal, and will pay a $185 million fine—again brought about by a qui tam lawsuit.

Kari believes that pharmaceutical companies and insurers are pushing medications that cost more than equivalent brands or generic brands so they will end up with greater profits. "Our state Attorney General won a suit against Novartis when they marketed a drug for off-label use but it would cost more to the co-payer, which means the state's Medicare," says Kari.

"I had been on two hypertension drugs for some time, but my insurance company wanted to switch me from Norvasc to Lotrel—they said it was the same drug. They even sent me a coupon worth $25—a free month of meds. I had a $50 co-pay on Norvasc which is $52 without insurance (insurance pays $20). Lotrel is $25 co-pay but without insurance it is $120. I was a vet technician for years and I know how this little loophole goes: if you don't switch, you pay $25 more. But it turns out that Lotrel is not exactly the same as Norvasc.

"Basically, Novartis is saying they are offering to substitute a drug I am already taking for half the price, and here is a month for free. But Lotrel is not intended for people who have regulated hypertension. It can have severe side effects if you don't start on a low dose and you must be carefully monitored."

Kari adds that, because Novartis was losing the patent on Lotrel, it was really pushing the drug. Novartis and the drug company Teva had been locked in litigation over Teva's ANDA for generic Lotrel since 2004.

"This med was a higher dose than Norvasc. My insurance company should have known," says Kari. (Lotrel contains a combination of two active ingredients—amlodipine besylate and benazepril—whereas Norvasc contains only one. Both drugs treat high blood pressure, and both are blockbusters.)

"I was prescribed 40 mg of Lotrel and I overdosed February 4, 2007. And I'm not the only one: many people are writing about severe problems on forums and websites such as askapatient.com. I overdosed about 12 days after taking Lotrel.

"When I got to ER, my blood pressure was so low it caused kidney damage. The doctors said I was overmedicated. Over the next few days my speech was affected—neurological damage is common. I believe this happened because Novartis' internal financial statements and shareholder reports (it is public record) says they were worried about Lotrel sales and they had court filings to block the competition from marketing a similar medication. It was overruled and [Teva] was allowed to market [ANDA].

More QUI TAM WHISTLEBLOWER News
"If only I had known that $25 was going to mess up my life physically, mentally and financially. Twenty-five dollars has caused a life of hell because nothing is free, including the Novartis coupon. My house went into foreclosure because of this Lotrel overdose that has debilitated me. All I wanted to do was work, laugh and be happy. I was a business manager for Coca-Cola and moved here from Santa Barbara to work on the Olympics. I was only supposed to be here temporarily until this happened. Now I am stuck here.

"I have gone without an income for three years, and I am still fighting with social security. Fortunately, I do have the government on my side. There was already a state class action against Novartis and our state Attorney General is going after all the pharmaceutical companies and insurance companies for overcharging and off-use promotion. These companies aren't admitting to any wrongdoing but are just quietly settling. And that allows them to continue these illegal practices."

Posted by
Edith Cannon
on June 30, 2015
I was taking lotrel 2001 and my blood pressure was stable