Whistleblowers from Outcasts to Heroes

It is late on a Friday afternoon and you might expect lawyer Erika Kelton from the renowned Washington firm of Phillips & Cohen to be out celebrating. Just 24 hours earlier Kelton and her client, a California scientist and businessman, learned the case judge had approved a $302 million settlement against Quest Diagnostics—the largest qui tam (whistleblower) lawsuit settlement in US history. "No, no, I am not out celebrating, I am here in my office," says clearly elated attorney Kelton who has worked on behalf of truth tellers for 20 years. 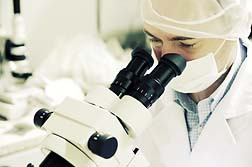 Dr.Thomas Cantor came to Kelton's office about 4 years ago with a bombshell in his briefcase. The founder and CEO of Scantibodies Ltd., Dr. Cantor was alarmed by complaints from doctors about the use of a medical test kit called Advantage intact Parathyroid Hormone Assays, manufactured by a Quest subsidiary, Nicholas Institute Diagnostics (NID) that was used to determine treatment for dialysis patients.

Using his own time and money, Dr. Cantor had found the tests were routinely off by a country mile and he had the scientific data to prove it.

"He was a very passionate and committed client," says Kelton about Dr. Cantor. "He is a scientist and he had the knowledge, sophistication and insight that only a handful of people in this country have."

Thomas Cantor believed what he had to say was so critical he'd been banging on doors at state legislatures and trying to get the attention of the medical community since 2000, but no one was listening. "He was hitting dead end after dead end," says Kelton. "It was like one person trying to turn an aircraft carrier and you are talking about bureaucratic inertia that is so intense it is difficult to penetrate."

Persistence Pays
In 2004, on behalf of Dr. Cantor, Kelton filed a qui tam lawsuit alleging that Quest and NID were defrauding the government by causing healthcare providers to bill Medicare and other federal healthcare programs for faulty medical tests as well as unnecessary and harmful vitamin D drugs to treat inaccurately diagnosed diseases and unnecessary surgeries.

Dr. Cantor was the perfect whistleblower. He was able to translate the science and explain the problem very clearly. "Someone like him is indispensible," Kelton adds. "He was able to step back, get a macro view of what was going. And he was persistent--he wasn't going to let this go."

The settlement means the federal government will recover millions of dollars paid to Quest Diagnostics. The whistleblower, in cases like these, is entitled to up to 25 percent of that final amount and Dr. Cantor will receive some $45 million dollars, which he plans to use for research into HIV, hepatitis and drug resistant infections.

From Outcasts to Heroes
The Phillips & Cohen firm has fought dozens of lawsuits for whistleblowers over the last two decades. Once considered tattletales and snitches, the men and women who stand up to corporate corruption and greed, often at great personal risk, have seen their status revised upwards over the last few years according to attorney Kelton. Corporate whistleblowers have gone from "outcasts to heroes," Kelton says. "I think the attitude toward them is changing, particularly in at this time with excesses of Wall Street; I think people are more sympathetic to the common man or lay person empowering himself."

More Whistleblower News
What it takes to be a Whistleblower
As Kelton sees it, ideally, whistleblowers have some hot documents in their possession and ultimately it is the quality of evidence they bring that wins these kinds of cases. "Some people say you have to be an insider, but Dr. Cantor wasn't an insider," she says. "These people have a lot of guts, they come with a committed perspective and they have to be in for the long haul, because these cases take a long time."