After 24 Years, a New Concern with Prozac?

There are various potential birth defects and adverse reactions associated with SSRI antidepressants that fall within the Selective Serotonin Reuptake Inhibitor class—prozac pphn among them. However, a new entry in the parade of potential prozac birth defects that is harder to pinpoint is the possibility of autism. 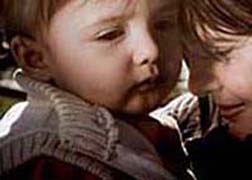 A small study, in fact, has already established this possibility, according to a recent release by CNN Health. The study—utilizing the database of a large healthcare provider—found that those infants exposed to SSRI drugs (including Prozac) in the womb carried a corresponding increased risk for autism and Autism Spectrum Disorder (ASD) by 2.2 fold.

Factor in exposure to SSRI Prozac in the first trimester and the potential for risk increases by 3.8 fold.

Prozac and other SSRI drugs have been linked to prozac pph in the past. PPH, or Persistent Pulmonary Hypertension, is a rare pulmonary condition that leaves the infant fighting for air. This latest revelation is spun into the mix of existing theories on what autism is and what triggers it.

Individuals suffering from autism have been shown in previous studies to present with abnormalities in levels of serotonin and the regulation thereof. The theory behind SSRI antidepressants is their capacity to increase levels of serotonin in the brain.

SSRI drugs such as Prozac have been shown to pass through the placenta to the fetus. The concern, then, is that a drug that has the potential to alter serotonin levels in the brain of the mother can do the same in the fetus. Animal studies have demonstrated that serotonin levels during pregnancy have a downstream effect on the developing offspring of the animal hosts.

Prozac and other SSRI drugs are classed as Pregnancy Category "C" given the emergence of issues in animal studies—issues that so far have not been replicated in studies on humans. And critics of the autism study note—as do the study authors—that the effort was extremely small. More studies, with a larger sample size, would be needed to draw any reliable conclusions.

The potential for autism and ASD aside, however, the sometimes tragic emergence of birth defects alleged to be prozac birth defects have driven many parents to seek help from a prozac lawyer.

More PPHN AND PROZAC News
And beyond the ongoing debate as to whether or not it is better for a pregnant woman to attempt to draw down her dependence on antidepressants during pregnancy to benefit the child v. the potential risk to her own health in doing so is the need to err on the side of caution, according to Dr. Nouchine Hadjikhani, an expert on ASD and associate professor of radiology at Harvard Medical School in Boston.

"I think one has to be aware of the potential risks of having these types of drugs during pregnancy, and really think twice before allowing them during pregnancy," says Hadjikhani, who adds that animal studies suggesting SSRI exposure produces changes in serotonin level and brain structure is "strong evidence."

Prozac was the first SSRI antidepressant approved by the US Food and Drug Administration (FDA). It's been on the market since 1987.