During this Pandemic there is also an epidemic that has been growing for decades and it is just as dangerous, perhaps even more so, than COVID 19. And drugs known as proton pump inhibitors or PPIs are feeding this epidemic: type 2 diabetes. 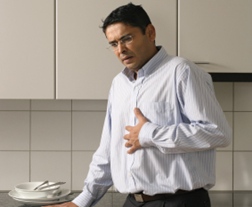 Health experts call type 2 diabetes a global health crisis because its rapid increase contributes to heart disease and other chronic health conditions. Most people blame type 2 diabetes on a sedentary life style and bad eating behavior—acid reflux and indigestion are often a result of poor food choices, which can lead consumers to have PPIs for dessert.

Their popularity, with brand names such as Prilosec and Nexium, has surged these acid-suppression drugs to the top 10 most commonly used drugs worldwide. It is estimated that more than 100 million prescriptions are filled each year around the world. In the U.S. alone, over 20 million people take medications like esomeprazole (Nexium), lansoprazole (Prevacid) or omeprazole (Prilosec).

PPIs are also wildly popular because they are generally accepted as safe. But long-term use has been linked to a number of adverse PPI side effects, including an increased risk of bone fractures, chronic kidney disease, gut infections and stomach cancer. And now type 2 diabetes: PPIs raise blood sugar levels and are associated with a diagnosis of diabetes.


In a recent study published online in the journal Gut, researchers have found that regular use of proton pump inhibitors (PPIs) is linked to a heightened risk of developing type 2 diabetes. Studies have also indicated that PPIs can affect gut microbial communities.

Scientists found a mounting body of evidence suggesting that changes in the type and volume of bacteria in the gut (the microbiome) may help explain the associations found between PPI use and an increased risk of developing diabetes. “At a population level, PPIs may have an even more pronounced effect on gut microbiome than other commonly used drugs such as antibiotics, leading to warnings of overuse of PPIs and calls for further investigation into the sequelae of long-term PPI consumption.”


For the study (above) a team of scientists and researchers looked at nearly 205,000 participants from three national studies: the US Nurses' Health Study (NHS), the NHS II and the Health Professionals Follow-up Study (HPFS), reported the U.K.’s Daily Mail and MedPage Today.
In 2014, the global prevalence of type 2 diabetes was 8.5 percent. Individuals who regularly used PPIs were 24 percent more likely to develop type 2 diabetes than those who didn’t.

The risk of developing type 2 diabetes also increased with increasing duration of PPI use:
The Researchers cautioned doctors with prescribing PPI drugs, advising them to carefully weigh the pros and cons of prescribing such medication. “Owing to wide usage, the overall number of diabetes cases associated with PPI use could be considerable,” they warned. “Given the potential risk of diabetes and other adverse effects such as enteric infections, clinicians should carefully balance the benefits and harms in prescribing PPIs, particularly for long-term continuous use. For patients who have to receive long-term PPI treatment, screening for abnormal blood glucose and type 2 diabetes is recommended.”