Plaintiffs who have filed lawsuits alleging that proton pump inhibitor (PPI) medications such as Nexium, Prilosec and Prevacid caused their kidney injuries have filed a motion to consolidate 172 pending federal lawsuits to a multidistrict litigation under one New Jersey judge. 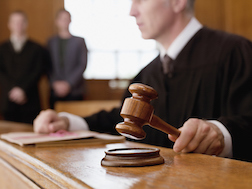 In each of the lawsuits against AstraZeneca, Pfizer, Wyeth and other defendants, the plaintiffs claim that the defendants failed to adequately warn that ingestion of prescription and over-the-counter PPIs could cause "irreparable harm" to the kidneys, according to court documents.

A PPI reduces acid production by blocking the enzyme in the wall of the stomach that produces acid that can cause ulcers in the stomach, esophagus and duodenum. Recent studies have linked prescription and over-the-counter PPIs with kidney failure and kidney disease.

A study published in Jama Internal Medicine in February 2016 found that the use of PPIs was associated with a higher risk of chronic kidney disease.

Another 2016 study published in the Journal of the American Society of Nephrology found that patients who took PPIs for more than 30 days had an increased risk of renal outcomes, including kidney failure or chronic kidney disease, compared with those who took a PPI for 30 days or less.

The motion, filed on May 31, 2017 with the Judicial Panel on Multidistrict Litigation (JPML), asks to consolidate 172 federal lawsuits filed nationwide into a multidistrict litigation (MDL) under US District Judge Claire C. Cecchi, District of New Jersey, who is already overseeing 62 of the 172 cases.

More PROTON PUMP INHIBITOR News
According to the motion: "The scattered nature of the Actions across the country does not serve either the parties’ or judicial efficiency interests, and will inevitably lead to disparate decisions and outcomes."

A previous attempt to centralize PPI lawsuits with similar issues of fact failed due to the small number of lawsuits (15), differing heartburn medications involved and concerns about protecting trade secrets among the defendants.

"Although the Panel previously denied centralization of proton-pump inhibitor cases upon motion by another firm, there have been significant developments in the PPI cases filed since the Panel’s decision that warrant a second-look at consolidation," the motion argues.

Defendants AstraZeneca, Pfizer and Wyeth all support the creation of a MDL, according to the motion.