It would come as no surprise that a common scourge amongst Americans remains acid reflux, and similar maladies. For them, a common prescription for a Proton Pump Inhibitor (PPI) serves to provide relief, and minimize the effects of heartburn and related ailments such as gastroesophageal reflux disease (GERD). 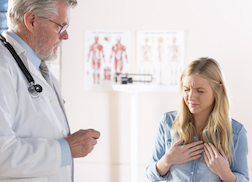 However, PPI drugs have their drawbacks – and this is evident by the number of what have been described as “nightmarishly complex” lawsuits presently consolidated in multidistrict litigation (In Re: Proton-Pump Inhibitor Products, MDL No. 2757). The number of lawsuits currently hovers around the one hundred level, however industry watchers suggest that cases currently under investigation could grow that number to 5,000 or higher.

The issue with the majority of lawsuits amongst the various PPI drugs involved – including lansoprazole, or Prevacid – involves alleged PPI Kidney Disease. There are other side effects as well, including diarrhea and bone fractures, the risk for which increases in association with taking PPI drugs for long periods of time. PPI hip fracture has been an issue for some plaintiffs, or so it is claimed. PPI hip fracture can lead to painful and debilitating health issues that may require hip replacement. A fall, stemming from a hip fracture, can have serious and sometimes life-threatening consequences for the elderly.

However it remains the potential for kidney issue that equate to the most common complaints associated with proton pump inhibitor side effects. The kidney issue is that which formed the basis for a petition to the US Food and Drug Administration (FDA) by consumer advocacy group Public Citizen in 2011. The regulator updated warnings for PPI drugs over the potential for kidney problems three years later, in 2014.

Prevacid (lansoprazole) is a PPI drug indicated for the treatment of GERD and acid reflux. Manufactured by Takeda Pharmaceuticals USA Inc. (Takeda), Prevacid is licensed to BGP Pharma ULC for distribution in Canada.

Various studies released in 2015 and 2016 suggest that the risk for acute kidney injury and acute interstitial nephritis increases when a PPI such as Prevacid is used for 30 days or longer.

It is presumed BGP Pharma ULC affords the same caution somewhere in the Canadian medication guide (revised April, 2015) for Prevacid that runs 95 pages, although reference to the kidney issue could not be readily found.

Curiously, however the official FDA medication guide for lansoprazole (Prevacid) posted by the federal regulator (revised December, 2015) appears to make no reference to kidney dysfunction. Diarrhea and bone fracture yes, together with other PPI side effects. But kidney dysfunction appears to be omitted.

Buzbee alleges he began taking two PPI drugs – Nexium and Prevacid – in 2006. The plaintiff alleges he later suffered acute kidney injury that has resulted in a need for medical care and monitoring that he will require for the remainder of his days.

Posted by
CPO Willis Greene USN Retired
on February 12, 2017
I have taken Prilosec or Nexium as available for over 20 years. All of both that I have used have been the 40mg strength. I think many people do not take their MEDS as Prescribed... PPI's are to be taken about 30 minutes before you eat(Make sure you eat after taking)... Watch your Diet and don't take more than prescribed. If what the Doctor Prescribed is not enough strength wise even if you take them properly then your Dr needs to investigate thoroughly. If He is just a Family Practiconer and you still have problems go to a Specialist(Gastroenterologist)... It was a Specialist that started me on them and it was 15 years after I had taken a lot of NSAIDS for Rheumatoid Arthritis and I had GERD very Bad...~!!~