"For Most Patients the Adverse Effects of PPIs Outweigh the Benefits"

The People's Pharmacy column that appeared in the Buffalo Evenings News on 9/14/10 got right to the point about proton pump inhibitor side effects. In response to a question about the effects Nexium might have on a patient's osteoporosis, columnists Joe and Teresa Graedon observed that dozens of drugs have the capacity to weaken bones. 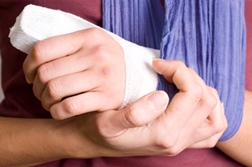 However, the authors stated that regular reliance on acid-suppressing drugs such as Nexium and Prilosec, among others, could increase the risk for PPI fracture.

The Archives of Internal Medicine made that very point back in May. "For most patients the adverse effects of PPIs outweigh the benefits," wrote Mitchell H. Katz, MD.

The concern stems from with the sheer number of consumers who use proton pump inhibitors to treat dyspepsia and other maladies: No fewer than 113.4 million prescriptions are filled for PPIs each year, according to the Archives. With sales of $13.9 billion annually, PPIs can boast status as the third-highest selling class of drugs in the US.

More PROTON PUMP INHIBITOR News
The study principals found that "PPIs were associated with an increased rate of spine, lower arm, and total fractures," writes Dr. Katz in an editorial that accompanied the study in the Archives. "The increases in risk were modest…but increases of common conditions due to commonly used medications add up to a lot of morbidity on a population level.

"Besides increasing the risk of fractures and C difficile infection, PPIs are also known to increase the risk of both hospital and community-acquired pneumonia," Dr. Katz continued. "The increases in the risk of Clostridium difficile infection with PPIs are not at all modest, reflecting the likely importance of gastric acid in protecting against infection from this pathogen...meta-analysis in [the 05.10.10 issue] of the Archives shows that higher-dose PPIs…were not more effective in decreasing the rates of rebleeding, surgical intervention, or mortality than lower doses."

The conclusion is that the benefits of proton pump inhibitors may not justify the risks for many users.