A Swedish study has linked the combined use of a proton pump inhibitors (PPIs) and clopidogrel (Plavix) with an increased risk of myocardial infarction. The US Food and Drug Administration (FDA) has also issued a warning about the risk of PPI side effects, including an increased risk of fracture. 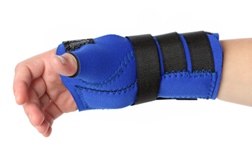 The risk of death was seen to increase by four percent when patients took the two drugs together, which is not considered a significant increase.

According to MedPage Today on 8/26/10, the study was presented before the European Society of Cardiology.

Because Plavix can reduce the risk of heart attacks, the study suggests the use of PPIs with Plavix decreases Plavix's effectiveness.

More PROTON PUMP INHIBITOR News
Proton pump inhibitors, which include medications such as Nexium, Prilosec and Prevacid, are used to treat heartburn, gastroesophageal reflux disease, inflammation of the esophagus and ulcers in the stomach and small intestine. In May 2010 the FDA warned that such medications, including over-the-counter as well as prescription versions, are linked to an increased risk of fractures of the hip, wrist and spine.

That risk increased in patients who took Nexium, Prilosec or other PPI medications at high doses for longer than a year.